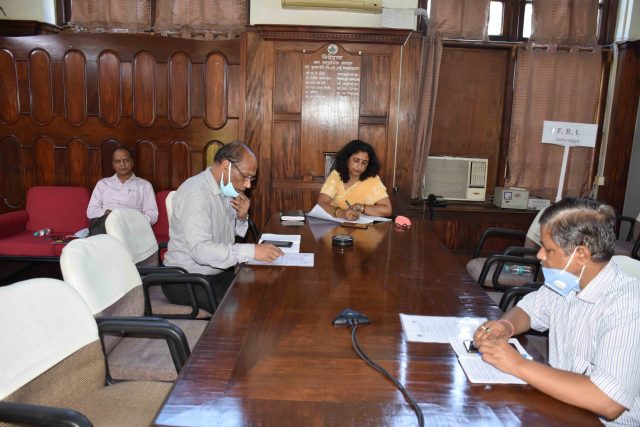 Dehradun, 17 Sep: Agro-forestry plays an important role providing, both, tangible and intangible benefits to humans besides playing an important role in environmental security. As many people are not aware of its direct and indirect benefits, Agroforestry extension is the need of hour.
Towards this end, the Extension Division of Forest Research Institute organised a webinar on 16 September on “Income Enhancement from Agroforestry”. At the outset, Richa Misra, Head, Extension Division welcomed all the participants. Chief Guest Arun Singh Rawat, Director General, Indian Council of Forestry Research and Education, inaugurated the webinar.
In his address, Arun Singh Rawat spoke about the possibilities of employment generation and livelihood improvement through agro-forestry. He mentioned that there is a need to develop viable agro-forestry models by introducing new species. The institute has already developed such types of models with new genetically improved species like Melia dubia. He also stated that there should be a system for harvesting, transportation and trading of agro-forestry produce. During the technical session, the first speaker, Dr Avatar Singh, Principal Silviculturist and former Head, Department of Forestry & Natural Resources, Punjab Agricultural University, Ludhiana, gave inputs on ‘Agroforestry and scope of Resource generation’. He spoke about Poplar, Eucalyptus and Melia dubia based agro-forestry systems with their economic valuation and employment generation. Dr Arvind Bijalwan, Director – Academics from Veer Chandra Singh Garhwali Uttarakhand University of Horticulture & Forestry, Ranichauri, expressed his views on “Agroforestry for Productivity, Profitability and Income Enhancement”. He gave a detailed account of Hill agro-forestry with economic evaluation of farm income. He mentioned that modernisation of agro-forestry with tree crop diversification is necessary for income enhancement. The webinar concluded with a vote of thanks proposed by Dr Charan Singh, Scientist-F of Extension Division.
The webinar was attended by 50 officers, scientists and staff from ICFRE and its institutes and FRI Deemed University, Indira Gandhi National Forest Academy, Central Forest Academy of State Services, Forest Survey of India, ICAR- Indian Institute of Soil and Water Conservation and other organisations.
The team of Extension Division, FRI, comprising Dr Devendra Kumar, Scientist-E, Rambir Singh, Scientist-E, Vijay Kumar, Assistant Conservator of Forests and supporting staff organised the event.