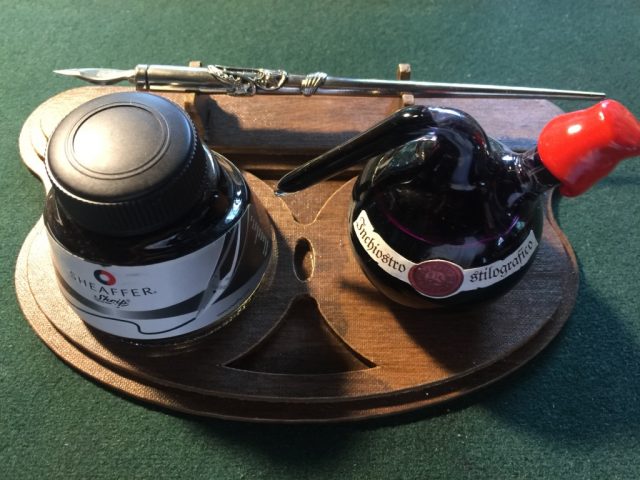 It was the way he walked. I think the spring in his step was a give-away; stirring memories of old the days when Ashok ran a little provision store in our bazaar. That was up until he packed his bags, upped and left for the plains.
‘Frogs-in-a-well! Trrr trrr That’s all my children were becoming! They were growing up unaware of the whole wide world out there.’ He asks: ‘Ganesh bhai! How did you survive in a place where for six months you’re wrapped up in a quilt; three under an umbrella and the year lasts three months?’
I admit I was stumped. Was I the proverbial frog?
Come to think of it, we have businessmen and professionals: shopkeepers, hoteliers, property agents and schoolteachers. To some, the town is like an ATM. They make their fortune and head for the plains or better still, leave the country for distant shores. Then come the tourists without whom our economy would crumble. And sandwiched somewhere in between are folks like me. We were born here, or arrived as infants. Bunched together, we are, all of us, hung up on the past. Like frogs we go trrr trrr over the way life used to be before the millennium brushed us aside without as much as by-your-leave. But for us, this is where it all happened: this is where we found our calling; this where we fell in love and this is where our lives happened. Of course the mountains have been generous. How I wish one could have given back a little more than just these words cobbled together.
In our small world, we all know each other and often you meet old friends from the past, returning in the manner of birds at sunset, coming home to roost and carrying tales of times sieved by. ’Must be a ghost!’ I said to myself when I met Shiv – the prim and proper one – the first Indian to have schooled in the up market Vincent Hill. I learn he is back reliving the past, like one returning to the scene of a crime.
I remembered his family well. Arrived as refugees from Sialkot they were a part of the Great Exodus of 1947and rented Dilbahar, a pretty cottage facing the permanent snows, on the western edge of the hill station. Mussoorie was kind to them as they settled down to begin life anew. One day while bunking classes from college, Shiv along with his buddy and partner-in-crime Bijee Rauthan, found themselves at Jubilee Cinema hall, where at the ticket counter sat Hukum – one of the college boys – working overtime as a booking clerk.
But that day, Hukum seemed reluctant to sell them tickets: ‘Useless film! You won’t like it. Bekaar hai!’ Rest assured dear Reader, Jubilee is no great cinema, tucked away like an afterthought in the basement of Picture Palace.
But Shiv would not let go, he persisted: ‘Why shouldn’t we? We can see anything we want? Why do you care?’
Suspense passed from one to another. Hukum Singh was the first to blink. ‘Listen you fool! I’ve tried hard to fob you off! Are you sure you want to go inside and see your father with his new lady friend?’
‘I was stunned!’ Shiv tells me. ‘I felt foolish finding out what the whole town knew already.’
A fortnight days later, one evening, Shiv and his mother realized that father had not returned. So in the dark, they set out looking for him. Climbing the ramp near Rush brook, they surfaced on the Mall in time to see father, pleased as punch, twirling his favourite sterling silver knobbed walking stick, walking arm in arm, with the woman.
‘Didn’t your mother throw a fit? Make a scene?’ I gasp.
‘Not a word. She nudged me. We turned around and went home. They squabbled later – bitter and underhand – until she ended up giving him the silent treatment!’
‘That day I learnt the meaning of hate,’ he says, ‘A week later, my father dropped dead. His heart failed.’ Soon after, Shiv found himself in the plains starting life one more time.
Trrr! Trrr! Who called us: ‘Frogs-in-the-well? Sometimes we know more than we let on.