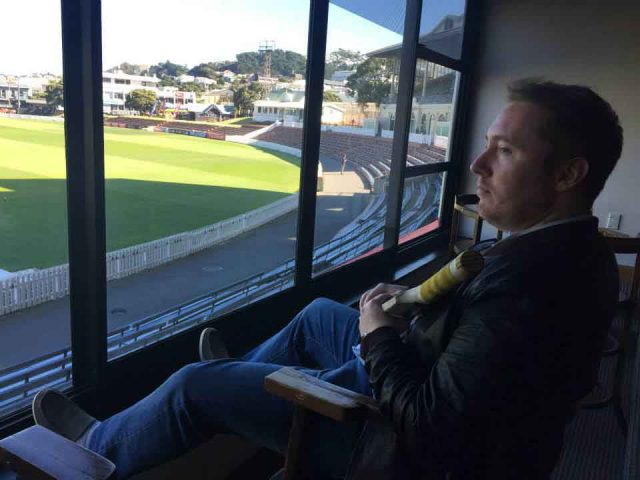 I was asked recently why I became a cricket journalist, and truth be told, the answer lies in the internet.

I was first introduced to the world wide web while studying at Woodstock School in Mussoorie. It was 1998, and the internet had taken its sweet time to come to Woodstock. Dick Wechter, the computer lab monitor in the high school library – and an old family friend – was kind enough to allow us cricket freaks to pop in and check the latest scores during breaks. It was Mr Wechter who suggested we log on to this website called www.cricinfo.com, where we would follow scores on a ball-by-ball basis. Needless to say, given the absence of television and radio, we were fascinated. 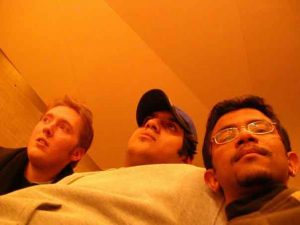 It took some getting used to, this pattern of watching the screen refresh and the batsman’s score tick over, his name highlighted in red followed by a sequence of dots, digits and random letters denoting extras, boundaries or wickets. I still remember waiting impatiently for the page to refresh – and mind you, the dial-up connections in 1998 were awfully slow – so that Sadagoppan Ramesh could reach his maiden Test century. A couple of us cheered when it finally did and Ramesh’s digits changed from 99 to 100.

Thus began my relationship with Cricinfo’s ball-by-ball commentary. I could not have envisioned it at the time, but seven years later I would begin typing out many, many cricket matches on Cricinfo’s CMS, having ditched the American dream to return to India and become a cricket journalist.

After graduating from Woodstock in 1999, I went to the US for college. It was at the College of Wooster that the seeds for my future were truly sown. I spent so much time following cricket scores with free access to superior internet, and it was during college that studies took a back seat. But 17 years after graduating from college in Ohio, I have no regrets. I am doing what I want to do.

One night, during sophomore year, my room-mate Ankit was trying to sleep ahead of a Biology exam. But my focus was on the India vs Australia match in the ICC Knock-out in Nairobi. A fellow cricket enthusiast, Ehtesham, entered our room to inquire about the score and I made him sit with me for the entire night. Yuvraj Singh, in his first international innings, played a blinder that deflated Australia. We never saw a ball of that match, and it was years later that I caught highlights of Yuvraj’s batting on YouTube, but so many of his shots remain etched in my mind.

As Yuvraj galloped towards his half-century in 46 balls, Ehtesham and I sat transfixed to the screen of my clunky PC. Yuvraj square-drove, we purred. He whipped off his toes over midwicket, we shook our heads. When he put Glenn McGrath away through cover-point, I rushed to shake Ankit from his sleep. When India won and the night began to fade away into dawn, Ankit was on his feet in a celebratory jig. Biology be damned!

There are many other such memories of following live scores on the web. Andy Caddicks’ demolition of West Indies at Headingley; India’s famous chase of 326 in the NatWest final at Lord’s, when I was the only one left sitting in a dorm room during the summer of 2002, because at 87/5 India seemed doomed; Mohammad Kaif’s century in his very next ODI, against Zimbabwe in the Champions Trophy; Mervyn Dillon’s last-over brain freeze against South Africa in the same tournament, and the words of Cricinfo’s Travis Basevi – “Dillon, you idiot!”; Nathan Astle’s assault on England in Christchurch; South Africa’s tour of England in the summer of 2003; India’s implosion in the final of the TVS Cup; Daniel Vettori’s maiden Test century; Mohammad Ashraful’s giant-slaying Cardiff century; Sachin Tendulkar’s 141 in a lost cause in Rawalpindi.

There are so many memories, and I can recall exactly where I sat and how I reacted during each match. The cups of coffee drank, the pizzas eaten, the jokes shared, the abuses given, the shots shadow-practiced in the middle of the night; the morning classes skipped because Rahul Dravid was batting in the eighties; the excuses given for being late to work at the college library.

Like they did countless times on my old PC screen, these magical moments will forever refresh themselves in my mind. And this is why I chose to make cricket coverage my career.

Years later, when I first entered the hallowed Lord’s cricket ground in London as a reporter for Cricinfo on my first overseas gig, I had to pinch myself to think about how far I had come from the geeky kid who refreshed the scores in Woodstock’s computer lab. I owe a lot to the www realm, and to such cricket memories.