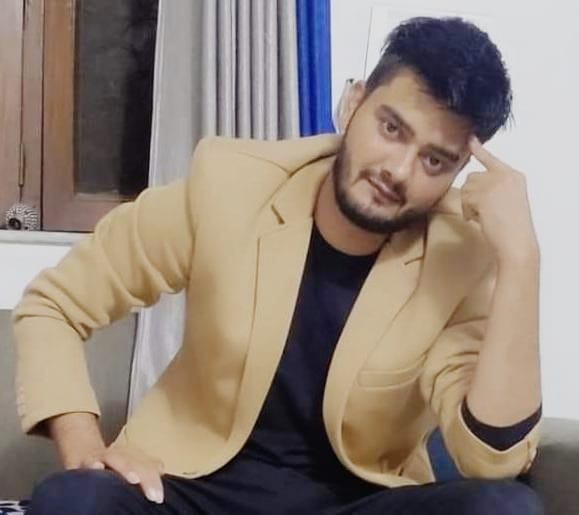 Dehradun, 17 Jul: Filmmaker Yogesh Vats, all of 27 years, is currently in news for his upcoming web series ‘Gadera’, and he welcomes the OTT platform and believes that it not only generates a healthy competition amongst the filmmakers, but also gives opportunity to budding filmmakers to showcase their work. Gadera, is his directorial debut in web series format. It is based in Uttarakhand and is currently in the post production stage. Vats spoke to Garhwal Post on various issues including his film, his life and his interests.

Hailing from a small Haryana town Rewari, he reveals that his only available window to see films back in Rewari which did not have any Cinema theatre was the Television, and he used to look forward to every Friday when Doordarshan would broadcast a Bollywood film. He was mesmerised and developed an interest in filmmaking. After completing his school, Vats studied film direction at the State Institute of Film and Television, Rohtak, and then moved to Mumbai, in 2015.

Vats says that during the course at the Film Institute, he was exposed to Cinema from a large number of countries, and saw thousands of films which turned out to be a great learning experience for him, as the students are made aware of every aspect of films and filmmaking. Cinema, he feels is not merely a form of entertainment but a very powerful language of change.

Gadera is his second film project but he informs that the release of his debut directorial venture, Hawayein, a Hindi travel fiction, got postponed due to Corona pandemic. Instead of killing his time during the lockdown, he prepared for his next project, a web series, Gadera which in Garhwali language means rainwater pond, and it has been shot in Garhwal and Kumaon hills.

He says that the idea of his first web series hit him while shooting for Hawayein, and he feels that the remote hills have so many stories just waiting to be told. There is a need to show the culture and history of the Himalayan region, he says, adding that writing during the lockdown period was an enjoyable experience. During the lockdown it was heartening to see Mother Nature revive herself without human interference, though what happened with the migrant workers was very sad, he adds. Gadera is set for an OTT release, he says, adding that its stories revolve around invasion of the region, first by Gurkhas and then British. Vats informs that the web series is basically a period suspense thriller, and perhaps the first Bollywood series on the ancient events of Uttarakhand. Vats believes that the advent of OTT platforms is a positive development for everyone — audiences, filmmakers, actors, etc. Vats says that the OTT has also given rise to a healthy competition in the entertainment industry. Young filmmakers now have an excellent opportunity to capture the folk tales, and stories of the cinema coming from the remote villages and towns of India. He says that Gadera will show the abundant beauty of Garhwal and Kumaon and showcase rural and folk tales of the region. Interestingly the web-series is trilingual and has been filmed in English, Garhwali and Kumaoni languages. As the web series also showcases British expedition into the region, it also has some international artists from Europe besides local artists from Uttarakhand performing in the web-series. Besides directing the film, he has also produced the project along with Siddharth Rajkumar. The web-series has been produced under the banner of Jet Films and Wild Auteur Films Jointly. He adds that filming of Gadera is completed in both Kumaon and Garhwal regions of Uttarakhand and it is academically well researched from cultural and historic perspectives. Currently the film is in Post Production stage.

Talking about nepotism in cinema, he observes that nepotism exists across all industries. Nevertheless, there are many men who have made it big in politics without any heavy surname, because ultimately it is the talent that counts. No one owns Art, he asserts. He says that while the OTT platforms are great, still his favourite platform to showcase his work would be theatre. His interests and passion includes pursuing gardening and sitting under the open sky. He is already working on his next venture which is an original web series “The Lost Feather” for a leading OTT. It’s based on migration of birds and the human connection to  migration. The web series will be filmed in three continents, he informs.

Garhwal Post has established itself as a credible, balanced and forward looking newspaper in India. Based in Uttarakhand, the daily is read by the aware, socially and culturally responsible, high-income elite of society.
Contact us: info@garhwalpost.in
best dating sites for professionals over 50 latin matchmaker hookup dating sites south africa