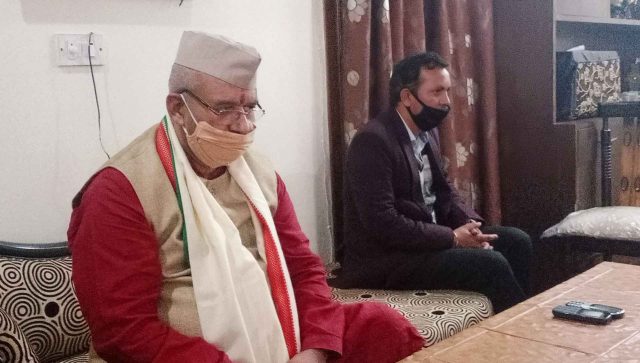 MUSSOORIE, 14 Jun: At a press conference organised here, today, by Mussoorie BJP MLA Ganesh Joshi, it was stated that, in the coming time, the BJP would make Gairsain the permanent capital of Uttarakhand.
He said that Gairsain had been declared the summer capital by Chief Minister Trivendra Singh Rawat, honouring Uttarakhand’s aspirations. Work on developing infrastructure and facilities in Gairsain had started. After all the arrangements are made, Gairsain would be declared the permanent capital.
Attacking the Congress, he said that its government in Uttarakhand had never worked on establishing the permanent capital of the state, nor had a single stone been laid for development at Gairsain.