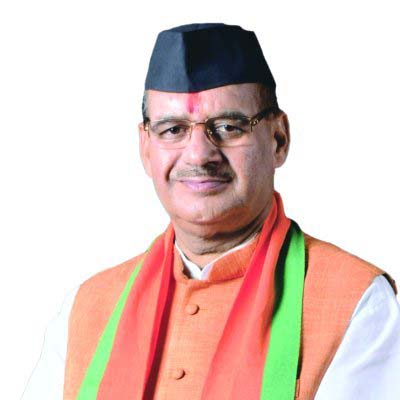 By OUR STAFF REPORTER
DEHRADUN, 18 Jul: Mussoorie MLA Ganesh Joshi today called on Chief Minister Trivendra Singh Rawat at his residence and thanked him for his in-principle approval for tunnel construction from Cart McKenzie Road to Kempty Fall, enroute Mussoorie and Kempty Fall. MLA Joshi also thanked Union Road and Transport Minister Nitin Gadkari and Minister of State General VK Singh for the approval granted by the Centre.
Speaking on the occasion, Joshi said that due to the untiring efforts of Chief Minister Rawat, the approval for the tunnel to be constructed at a cost of Rs 450 crore had been granted by the Centre for the route between Library Chowk and Kempty Fall. It may be recalled that Kempty Fall is a very popular picnic spot for tourists who visit Mussoorie. He also thanked the Chief Minister on behalf of all the people of Mussoorie region. MLA Joshi said that this tunnel would be highly useful in tackling the traffic snarls en-route Mussoorie and Kempty Fall.
Additionally, MLA Joshi requested the Chief Minister to provide time for the launching of 108 feet high tricolour flag at Library chowk at Mussoorie and for the foundation stone of facade lights at Mall Road and Methodist Church. He also handed over a letter to the Chief Minister  urging for the construction of a new bridge to replace the 100-year-old bridge near Dehradun Zoo on Mussoorie Road.
Neha Joshi, national co-media in-charge of Bharatiya Janata Yuva Morcha, was also present on the occasion.