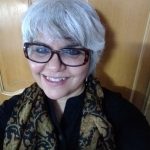 By Roli S
Last year, when I visited my neighbour’s house for ‘Ganpati Darshan’, I was shown a small ‘Mati Ganpati’ kept near the large Ganpati statue by their 8-year-old daughter. She told me., “Next year only ‘Mati Ganpati’ will be kept in our house, with only natural flowers of roses and marigold, not the plastic flowers that the present Ganpati is decorated with.” I was mighty impressed then, unaware of the calamity that was to strike the whole human race in the form of COVID-19, thus impacting the way Ganesh Utsav would be celebrated here in Mumbai. ‘Mati Ganpati’, this year, has become in fact the must followed norm and ‘keeping it simple’ the must follow rule.
On the morning of 22 August, the day of Ganesh Chaturthi, early in the morning I received a message from my friend, she was remembering the happy times during the Ganesh Utsav in the past and informed me about the loss of her job due to her centre closing down as the result of COVID 19 impact. That set the tone for the day. This was how, I thought, the Ganesh Utsav is going to be. Different for many people across Mumbai this time around.
All in all, this Ganesh Utsav has been offbeat in many ways. Large gatherings of people on the streets of Mumbai dancing and cheering behind Ganpati idols have been a trademark sight during this festival but such processions, held during the first and last days of the 11-day festival, will be missed on the streets in cities such as Mumbai. The police have strictly prohibited any processions so the streets of Mumbai will miss the atmosphere of festivity and magnificence this year. The music will be missed as the dhol-tasha performances are also not allowed. Dhol-tasha performances have remained an integral part of the celebration. The sounds of hundreds of dhols mark the beginning and the end of festivities in Mumbai. However, this year, the music is missing and the quietude has been endorsement of the fact that this year people have to accept with silence the consequences of the pandemic.
For the first time in its long history, the famed and iconic Lalbaugcha Raja has not been installed during the Ganeshotsav. The image of the formidable and awe-inspiring Ganesh idol, popularly known as Lalbaugcha Raja, is synonymous with the grandeur and pompous celebration of the beloved Ganesha, but this year government has put a cap on the height of the Ganpati idols at four feet! So, Lalbaugcha Raja has decided to give a miss to this year’s celebrations. Most other mandals are installing way smaller Ganpati idols.
Social distancing rules will keep most of the Mumbaikars indoors and will not throng the pandals and temples as they usually do during the Ganesh Utasav. The help of technology is sought by the more interested ones to arrange on-line darshan, to catch a glimpse of the well-known Ganapati idols. Mumbai devotees can also check out the online ‘darshan’ and ‘arati’ of the Siddhivinayak Temple in Mumbai on their YouTube channel.
Even the frenzy in the market is missing these days. The stalls selling Ganpati idols are seen empty or with very few people who are maintaining social distancing norms. Again, technology has come in handy and online shopping is being done to bring the Ganpati home. Idols for installation have been home delivered by sellers to avoid crowding at stalls. The goods required for pooja were also delivered at home. Children of different age groups are being lured to attend zoom interactive sessions and enjoy bhajans, stories, shlokas, etc., to connect to their favourite Bal Ganesha.
Historically , Ganesh Utsav has been celebrated since the time of Chattrapati Shivaji but, during the freedom struggle, it was Lokmanya Tilak that changed Ganesh Chaturthi from a private celebration to a community one, where people from all communities come together to promote brotherhood. In the time of COVID 19, people are still coming together but for another great cause, so instead of installing a Ganesh idol, the famous Lalbaug Sarvajanik Ganeshotsav Mandal in Mumbai is celebrating the fest with ‘Arogyaotsav’ (a health festival) and hosting plasma donation camps. Along with this, many other Ganeshotsav mandals are also celebrating ‘Arogyaotsav’ with pandemic related activities.
The enthusiasm is the same as every year, but there is no money. People are bargaining hard this time. And Ganesh idols are being sold at a much cheaper rate. The ‘Murtikars’ are definitely facing a cash crunch but they are enthusiastically contributing in the best possible way to make this year’s Ganesh Utsav colourful and bright for all the Ganesh Bhakts.
As I am writing on this forum, the procession has already taken place in Mumbai during the first day of the Ganesh idol immersions and it has been quieter this year than the noise levels measured during the entire festival, last year. This year’s noise levels on the first day of the celebration were much less when compared to the data recorded since 2003 – anti-noise campaigners were happy this time.
One of the popular stories around the birth of Ganesha is that the Devas requested Shiva and Parvati to create Ganesha so that he could be a Vighnakarta (creator of obstacles) for rakshasas (demons), thus being a Vighnaharta (averter of obstacles) and help Devas. So, this year, every Ganesh Bhakta amidst the historical event, when bringing Ganesha home is invoking the Vighnakarta to eliminate the demon of COVID 19 and help humanity by being Vighnaharta.
(Roli S is an Educator, Teacher Trainer, Author and School Reviewer based in Mumbai.) 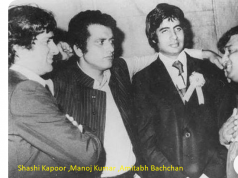