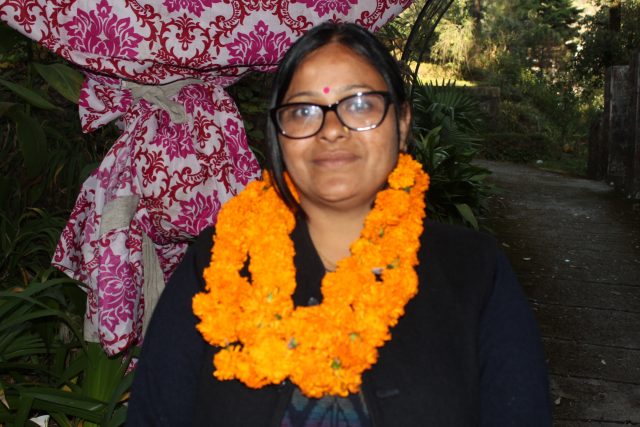 Mussoorie, 22 Dec: The membership of Councilor Geeta Kumai of Mussoorie Municipal Council ward number 8 has been restored. This order was issued by Shailesh Bagoli, Secretary, Urban Development Department. The Urban Development Department of the state government has taken this decision after a High Court order.
Councilor Geeta Kumai described it as the victory of truth. It may be noted that the High Court, after a petition filed by former councilor Kedar Singh Chauhan had terminated the membership of Municipal Councilor Geeta Kumai. Kedar Singh Chauhan, the petitioner, accused Geeta Kumai of making a house by making false affidavits and encroaching on the land of the municipality.
While hearing the case, the High Court had earlier ordered the Urban Development Department to take action on the allegations leveled against Geeta Kumai. The Department had vacated the seat by cancelling the membership of Geeta Kumai from ward number 8. After an appeal in the High Court, the court directed the SDM to submit a report after examining the said case.
In this investigation, SDM Varun Chaudhary dismissed the allegations leveled against the councilor. According to the SDM, municipal land was not occupied by the councilor or her husband. At the same time, the municipal council could not prove encroachment. After which the High Court, while giving the verdict in favour of the councilor, directed reinstatement of her membership. Now, on 24 December, Geeta Kumai will participate in the board meeting of the Mussoorie Municipal Council.
Geeta Kumai said that she had full faith in the court.

Garhwal Post has established itself as a credible, balanced and forward looking newspaper in India. Based in Uttarakhand, the daily is read by the aware, socially and culturally responsible, high-income elite of society.
Contact us: info@garhwalpost.in
https://garhwalpost.in/singles-day-airpods/ speaky dating app find hookup