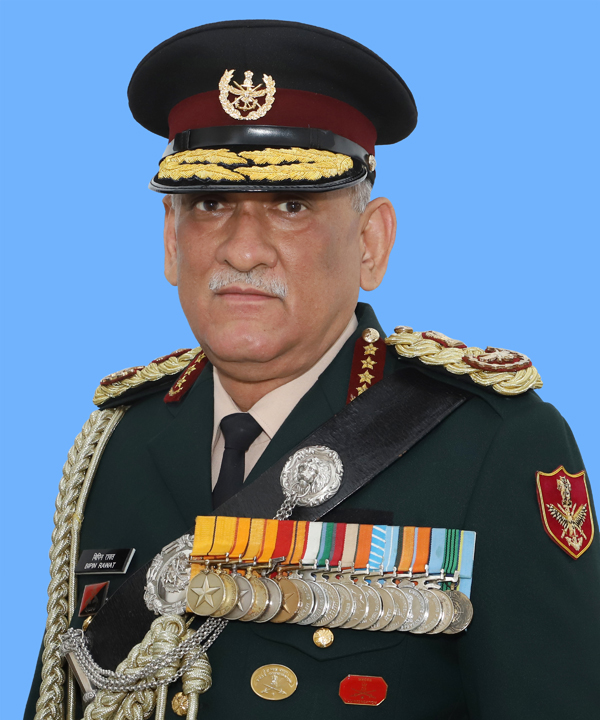 DEHRADUN, 9 Dec: Death of first Chief of Defence of Independent India, General Bipin Rawat in a helicopter (Army chopper Mi-17V-5 helicopter) crash in Coonoor, Tamil Nadu yesterday will haunt the nation for a long time to come. The crash killed 13 brave-hearts, including Rawat’s wife Madhulika and several senior defence personnel who were aboard the chopper. This is probably the worst such accident in Indian defence history in which so many lives were lost. The army has ordered an inquiry to find out the cause of the accident. General Rawat’s death is a huge blow to India and for Uttarakhand. He was not only a great soldier and administrator, but amongst the most humble persons in uniform to adorn such a high position. Winner of many gallantry and distinguished service medals and awards, he would be remembered for a long time for successfully leading cross border strikes in Pakistan after the Uri terror attack and in Myanmar, something that had never been done during non war times in the history of India. General Rawat would also be remembered for his bold decisions as Army Chief and as the first Chief of Defence. He also played a crucial role in the modernisation of the army and a key role in indigenisation of weapon manufacturing and during his time, procurement of defence weapons and tools had also been paced up. He was also a close and trusted confidante of Prime Minister Narendra Modi who along with another distinguished son of Uttarakhand, Ajit Doval regularly advised Modi on strategic and security matters. His commitment and excellence in service led him to become the country’s first Chief of Defence Staff (CDS) having being appointed as CDS in December two years ago. He was born in Village Sain in district Pauri and his father was LS Rawat who also was a distinguished soldier and retired as Lt General. After having graduated from the Indian Military Academy, Dehradun, he was first appointed in Mizoram in January 1979. At the IMA, Rawat he was awarded the ‘Sword of Honour’ as passing out Gentleman Cadet. Despite being an excellent and highly distinguished army officer, he pursued his academic interests and did his Ph.D in Military Media Studies from Chaudhary Charan Singh University in the year 2011. Rawat took over as the Vice Chief of the Army Staff on 1 September 2016. General Bipin Rawat was known for taking tough and bold decisions and due to his bold decisions, he was feared across the borders as a formidable foe. As Chief of the Army Staff before becoming the country’s first Chief of Defence Staff, he took many important decisions and brought them to their end. Pakistan will never forget him for the successful Balakot airstrike. In February 2019, when the terrorist camps were destroyed by entering Pakistan, the command of the Army was in the hands of General Rawat. General Bipin Rawat was part of many important strategic operations. As the Chief of the Army Staff, he played an important role in strategizing while attacking and destroying the hideouts of the terrorist organisation Jaish-eMuhammad in Balakot. After the martyrdom of 40 Central Security Force personnel in an attack in Kashmir’s Pulwama, Indian military forces had entered the Pakistan border and destroyed the terrorist camps in Balakot. At the time of this operation, General Rawat commanded the operation from his South Block office in Delhi. His role in control of insurgency in the Northeast will also be remembered for long. In 2015, he had led very successful counter-terrorist operations in Myanmar bordering the country’s northeast. Under the leadership of General Bipin Rawat, the army carried out a surgical strike across the border in Myanmar after the attack on the CRPF convoy in Manipur. In this surgical strike, many NSCN militants were killed and their camps were destroyed. The commandos of 21 Para were involved in this action. Bipin Rawat was the commander of this battalion under the Third Corps at that time. He is also known for controlling insurgency in the Northeast. CDS General Bipin Rawat held various operational responsibilities along the borders with Pakistan and China. He worked in important positions in many areas including the Northeast. After the success of this surgical strike in Myanmar, the government’s trust in General Rawat had increased further. As a result, Rawat was appointed as the Chief of the three wings of the Army on 31 December 2016. His long experience of working in the LoC in the Eastern Sector, the disturbed areas of the Northeast and Kashmir also played a crucial role in his being appointed as the CDS. General Rawat had been awarded with Param Vishisht Seva Medal (VSM), Uttam Yuddh Seva Medal, Ati Vishisht Seva Medal (AVSM), Yuddh Seva Medal and Sena Medal. After the terrorist attack on the army camp in Uri, General Bipin Rawat had commanded the counterattack on Pakistan. Under the leadership of General Bipin Rawat, the Indian Army carried out a surgical strike on 29 September 2016 to destroy terrorist camps located in Pakistan. This surgical strike was carried out by the trained para commandos. After this surgical strike, Pakistan was terribly nervous and General Rawat was greatly feared in Pakistan. He will always be remembered with respect by the nation as well as Uttarakhand having been a valiant son of the soil.

Garhwal Post has established itself as a credible, balanced and forward looking newspaper in India. Based in Uttarakhand, the daily is read by the aware, socially and culturally responsible, high-income elite of society.
Contact us: info@garhwalpost.in
dating ukiah free online black dating websites https://garhwalpost.in/sa-single-ladies/