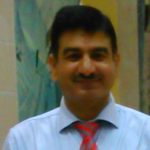 The face off initiated by the Chinese People’s Liberation Army (PLA) on an Indian patrol party in Galwan Valley, Eastern Ladakh, on the night of 15 June which continued till the wee hours of 16 June under totally unprovoked circumstances culminated in bloodshed and took every one aback. The cowardly past of China makes it a totally untrustworthy neighbour like Pakistan and demands more alertness. On the one hand, it kept the process of mutual dialogues underway and, on the other hand, it was planning to backstab with barbed rods and pointed weapons the inspection party led by Commanding Officer of the infantry unit of 16 Bihar along the line of actual control (LAC). Incidentally, on 15 June, Chinese President Xi Jinping celebrated his birthday and called a closed door meeting with his close aides including the military chiefs. Tension was looming large for quite some time as the scuffle between the two armies in the Pangong Tso lake area on 5/6 May led to the injury of 76 Indian soldiers including a Commanding Officer who was airlifted to Delhi and a scuffle at Naku La in North Sikkim on 9 May, earlier, this year.

In order to de-escalate tension across the border, a Corp Commanders level meeting was called on 6 June, 2020, and an agreement was arrived at for the disengagement process, in which both the armies would move one km away from the LAC. Both sides had brigade level talks on 15 June near patrolling point 14, which is right near the mouth of the Galwan Valley and patrolling point 17 in Hot Spring Area. When the Indian patrol party went on to see whether the Chinese army had followed the disengagement agreement, they found that a substantial number of soldiers were still near the LAC with their tents pegged. When asked to leave, the PLA attacked with stones, knives, barbed rods and machetes. Colonel Babu and his men bravely confronted the Chinese who were more in number. This resulted in fatalities on both sides with 20 soldiers including Colonel Babu, who attained martyrdom. As many as 43 Chinese soldiers, including one Commanding Officer, are reported to have been either killed or injured.

These were the first casualties inflicted on Indian troops since 1975 along the 3488 km long LAC, when an Assam Rifles patrol party was ambushed by the Chinese troops at Tulung Lain, Arunachal Pradesh, in 1975 killing four Indian soldiers on the pretext that the latter had stolen their sheep and yaks. Atal Bihari Vajpayee, then a Member of Parliament, strongly protested with others against such misadventures of the PLA with a herd of sheep near the Chinese Embassy in New Delhi, with the slogan ‘Eat us but save the world’. In Eastern Ladakh it was the first clash after 1962, although the LAC is clearly defined here. The last real military engagement between the two armies was at Nathu La Pass area in Sikkim in 1967 in which 88 Indian soldiers lost their lives, and more than 300 Chinese soldiers were killed. Since 1993, there was tranquillity on the border as various agreements as token of Confidence Building Measures in the Military Field along the LAC in the India-China Border Areas were signed by the two countries, including the one signed in 1996 which imposed a lot of restrictions on military equipment, exercises, blasts, and aircraft in the vicinity of the LAC. That’s why the Indian patrol team was unarmed on the day of the face off.

Analysis of border tension with China is based on the territorial expansion policy of China that started after annexation of Tibet by the Chinese and the handing over of Aksai Chin area to China by Pakistan. China attacked India in 1962 across the eastern and northern borders with a motive to construct a highway between Xinjiang province and Tibet, which India seriously objected to as it was built without its consent. Around 179 km of this highway, which passes through Aksai Chin in the Indian Territory, is known as G219. In order to take strategic height advantage and control the movement of the Indian Army near the LAC, they ensured that LAC goes through the highest crest line and is also located to the west. This means that India does not control the dominating heights and there is more depth which stretches between LAC and the Chinese G219 highway. The Galwan River is the highest ridgeline and it allows the Chinese to dominate the Shyok route passes, which are close to the river. Chinese are keen on controlling this area as they fear that the Indian side could end up threatening their position on the Aksai Chin plateau by using the river valley. India is constructing a feeder road emanating from Darbuk-Shyok Village and culminating at Daulat Beg Oldi (DS-DBO road) and it spans 323 km from Leh completing a journey in 5-6 hrs. This road runs along the Shyok River and is the most critical line of communications close to LAC. It comes up to Patrol Point 14 (PP14), where Indian posts were set up to proclaim the claim. Based on satellite imagery, the Chinese had built a road until the middle point of the Galwan valley by 2016 and continued to extend this further to a point close to LAC. Since 5-6 May, troops of both countries had a face-off in the Galwan river sector. The PLA troops reportedly crossed the LAC from their bases in this sector. The face-off took place at Patrol Point 14 (PP14), which is not only on the Indian side but is also close to the LAC.

Chinese are fearful that on completion of the DS-DBO road, India will gain strategic height advantage and can win control over G219. In that case, unrest can begin in the most sensitive regions of China, Tibet and Xinjiang province. Moreover China wants to shift the attention of its people from the corona pandemic by instilling nationalistic feeling in them. That’s why there has been fighter aircraft intrusion in Taiwan, police force augmentation in Hong Kong, etc., as part of the strategy, besides keeping the military in battle ready mode.

A befitting reply by India to China came when Minister of External affairs (MEA) S Jaishankar turned down the proposal from Chinese counterpart Wang Yi for talks on Pangong Tso issue reiterating that first the Galwan issue be resolved otherwise there cannot be any further dialogue on any other issue. At a time when India and China are locked in a tense confrontation, a Chinese company, ‘Shanghai Tunnel Engineering Co Ltd (STEC), has emerged as the lowest bidder for construction of an underground stretch of the Delhi-Meerut RRTS (Regional Rapid Transit System) project worth Rs 1126 crore. There is a strong protest from Congress party and Swadeshi Jagaran Manch (SJM) to cancel the bid and hand it over to the next lowest bidder, an Indian firm L&T (Rs 1170 crore). The SJM’s opposition to China and its companies is old and well-known. The SJM is at the forefront of the campaign for boycott of China-made goods following the Chinese incursions in Indian Territory and the ongoing face-off. The SJM had earlier also vehemently opposed participation of Chinese giant Huawei in 5G trials in India. The SJM supports the Prime Minister’s ‘Vocal for Local’ campaign call to use the corona crisis as an opportunity to be self-reliant. With the induction of fighter aircraft Rafale (from France), helicopters Chinook and Apache (from USA) and indigenous Light Combat Helicopter (LCH) designed and assembled by Hindustan Aeronautics Limited (HAL), India will be a force to reckon with.

With all round strategic, economic and political measures and undeterred by the might of China, India will give a befitting reply to China valiantly in the future too.