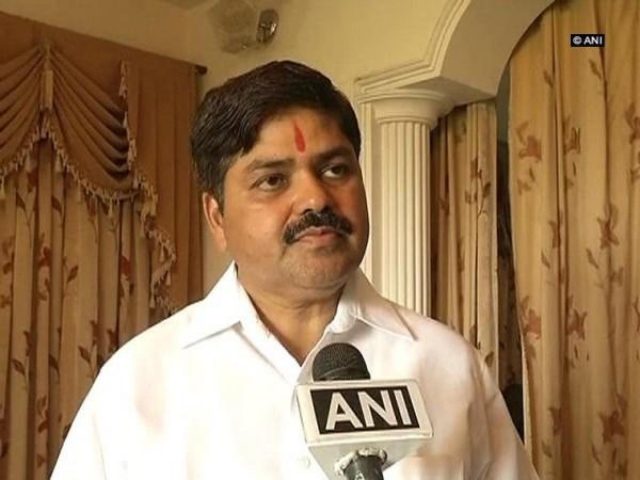 Dehradun, 31 Jul: Newly appointed PCC Chief of Uttarakhand, Ganesh Godiyal today accused the BJP Government of working under pressure of land mafia. Godiyal was addressing media persons at Rajeev Bhawan today and this was his first official press conference after taking over as PCC Chief. Godiyal alleged that the government was working under the pressure of the land mafia and this was clear by how it had amended the land laws, allowing anyone to purchase land in the hills. Godiyal claimed that the Congress was determined to protect the land of the state from outsiders.
Congress State President Godiyal and Kedarnath MLA Manoj Rawat alleged that the amendment made in the land law by the BJP Government had allowed the land mafia to acquire land and this was a burning issue in the state and that everyone was discussing it. Godiyal alleged that the BJP government had conspired against the local people by allowing outsiders to purchase land in the hills through this amendment and this would result in making the new generation of local people servile to the outsiders who would now become owners of their land. The amendment would result in an open sale purchase of land in the hills at throwaway prices and thus all the blood and sweat of the older generation in acquiring and preserving their land would go in vain. They claimed that by amending Section 143 and Section 154 of the Uttar Pradesh Zamindari Abolition and Land Reform Act, as applicable in Uttarakhand, the BJP Government had cleared the way for “looting of land in hill districts”. He said that after the changes in section 154, the government would be able to allow co-operative societies, religious or other institutions to also buy land in the hill districts of the state in addition to permission already available to buy land for industrial purpose. The government would now allow sale purchase of land in the hills under the pretext of public interest. They added that even in the plains districts like Dehradun, Haridwar and Udham Singh Nagar, the ceiling limit of 12.5 acres had also been abolished. Now the conditions had been created for open sale purchase and auction of land in both hills and plains.
Ganesh Godiyal said that the Chief Minister had promised constitution of a committee under the chairmanship of the Chief Secretary to make recommendations for stricter land laws. He asked the CM to clarify how much land had been purchased for industrial purpose and how much investment had actually come. He also demanded from the government issue a white paper on industries and capital investment that had been made in the state after the amendments came into force.
He said that till now the ND Tiwari and Harish Rawat governments of Congress had adopted strict legal measures to protect the lands of the state from outsiders. Congress had been in favour of bringing uniformity in the land system across the state. There were a dozen laws related to land in the state. Uttar Pradesh had merged or abolished all the existing laws and gave them a form of a single Uttar Pradesh Land Revenue Code, he pointed out. He claimed that Congress wanted to introduce a unified land law in the state, to protect the state’s lands from outside buyers.