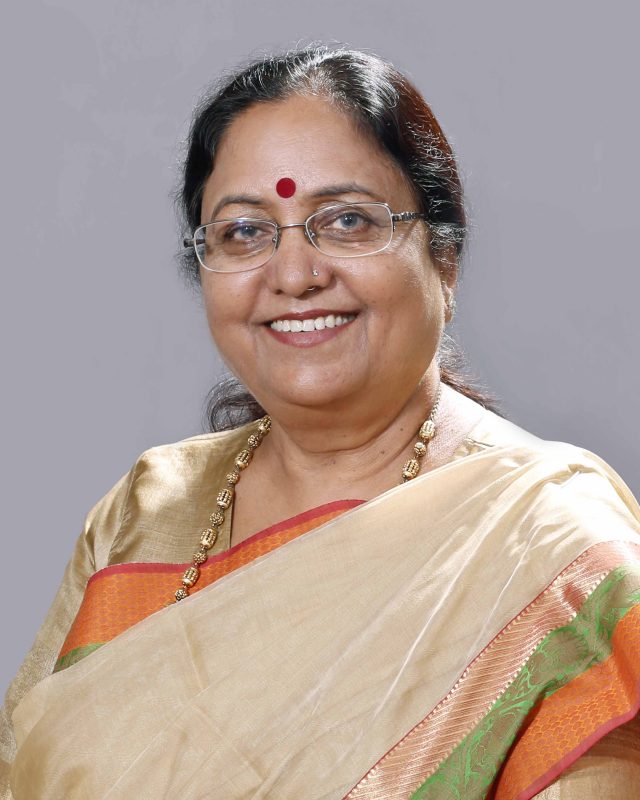 By Our Staff Reporter
Dehradun, 25 Aug: Governor Baby Rani Maurya took oath as the 7th Governor of Uttarakhand on 26 August, 2018. The second year of Governor Maurya’s term of office is going to be completed on 26 August, 2020.
According to a press release issued by Raj Bhawan, after taking the oath of office, Governor Maurya had said she would fulfil her duties while respecting the dignity of the constitution. Girl education, woman empowerment, environment conservation, and welfare of the poor and depressed were included in her priorities.
Apart from the above, the “Jal Jeevan Mission-Har Ghar Jal” announced by the Prime Minister on 15 August, 2019, is among her top most priorities. She is also a member of the Governors’ Group constituted for the “Jal Jeevan Mission” and, last year, she also gave a presentation on it at the Governors’ Conference held at the Rashtrapati Bhavan. Many districts of Uttarakhand are prone to water scarcity; therefore Governor Maurya has taken this mission more seriously.
The release adds that, being on the apex constitutional post of the State and fulfilling her constitutional duties with dignity, Governor Maurya has been contributing to progress and development with her long experience of administrative and public life.
During her term, thus far, Governor Maurya has emphasised on woman empowerment, welfare of children, promoting women self help groups, environment conservation, encouraging self-employment among women, the organic farming, and awareness programmes for youth against the drug abuse. She has visited all the districts of the state during the last two years, extensively. During these visits, she always met women and the rural people there. On the occasion of International Woman Day 2020, Maurya felicitated the best women self help groups of the State. Gifts presented to guests of Raj Bhawan and other articles are being bought from women self help groups on priority basis.
She also organised a workshop on “Women’s security and empowerment” at Raj Bhawan in August 2019. Various IAS, IPS, IFS, PCS, women officials of Uttarakhand Secretariat, police department and other services participated. These women officials were motivated to be sensitive to their duties towards women. The Governor alos raised her voice against drugs addiction from various platforms. A meeting of school students and principals was held in Nainital on this. Raj Bhawan Dehradun also held an anti-drug workshop in August, 2019, attended by senior officials of the police, education and health departments.
She also adopted a malnourished girl child to promote the PM Malnutrition Eradication Programme. Doctors of Raj Bhawan and Doon hospital have been monitoring the girl’s health over the last 10 months at her directions. The Governor ordered construction of separate toilets for girls in schools. More than 2000 sanitary pads were distributed among girls and women in various villages and contentment zones during the lockdown.
As Chancellor of government universities of the State, Governor Maurya emphasised on the improvement of quality of higher education along with encouraging them to be helpful in policy making. She focused on conducting original research and studies, impacting on the ground level. Pantnagar and Bharsar Agricultural and Horticultural Universities have been motivated to promote fruit and food processing industries, organic farming to increase the income of farmers.
Governor Maurya interacts with Vice Chancellors of universities once every three or four months. During the corona lockdown, she regularly talked to the vice chancellors via video conferencing on online education, community service, examinations, etc. She has been sensitive towards the cause of public health. Last year, she advised officials on combating dengue. During the Corona pandemic, she has been actively involved. She visited the Doon COVID hospital and Graphic Era quarantine centre and encouraged the doctors, nurses and patients. She interacted with doctors, nurses and technicians working at quarantine centres, COVID hospitals and labs in the districts and took their feedback, also. She regularly talked to the patients through video calls.
The Governor issued directions to the Chief Secretary on “Standard Operating Procedures” for the funerals of COVID-19 fatalities. She has taken responsibility of 5 TB patients. She encourages blood donation camps.
Governor Maurya also promotes local folk culture and languages of Uttarakhand. She created a new category for research in folk languages and culture for the Governor’s Research Award. In the Governor’s Toppers Awards she created a new category for five students of the Sanskrit Board, also.
Food material, ration, sanitisers and masks were distributed regularly in various districts of the state during the corona lockdown period under her directions. As Chairperson of the Red Cross Society of the State, she ensured the society distributed more than 30 thousand masks, 8 thousand gloves, 5 thousand sanitisers and 2 thousand PPE kits and 5 thousand ration kits along with blood donation of more than 100 units.
Governor Maurya also works for the scheduled castes, tribes and poor, regularly visiting their habitations and hears the problems of children and women. She has taken the decision to develop a schedule caste populated village in every district of the state into a model village. She will launch this from Jhajhra village in Dehradun on 26 August.
The Governor also promotes local cuisine, products and medicinal herbs. She is a firm supporter of Yoga and Ayurveda. The Uttarakhand Ayurveda University initiated the “Swarn Prashan” mission to increase the immunity and develop the mental health of children at her encouragement. The mission was appreciated by Ayush Ministry of Government of India.
Governor Maurya also takes special interest in environment conservation and plantation. At every programme, the Governor appeals to the students to participate in environmental conservation and plantation drives actively. She has promoted a green work culture at the Raj Bhawan.