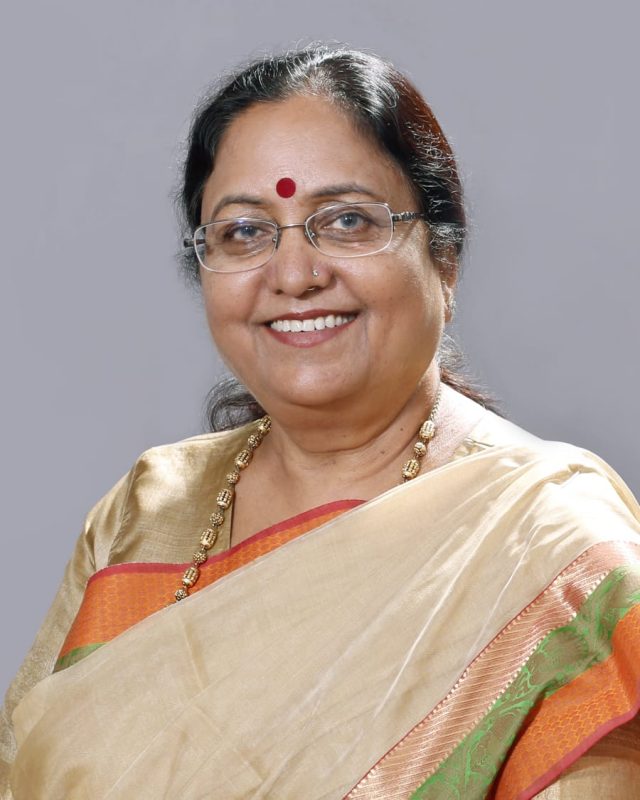 Dehradun, 14 Aug: Governor Baby Rani Maurya has extended greetings to the people of the Nation and the State on the occasion of Independence Day. Governor Maurya will hoist the Tricolour at 9:30 a.m. on 15 August at the Raj Bhawan, here. On account of COVID-19 related precautions, this year’s ‘At Home’ in the evening at Raj Bhawan will not be organised.
Governor Maurya has paid tribute to the martyred soldiers on the occasion of Independence Day. She expressed gratitude to all the great freedom fighters and brave martyrs who made the supreme sacrifice for the freedom of the country. The Governor also paid respect to the Uttarakhand Rajya Andolankaris.
In her message released on the occasion of Independence Day, Governor Maurya said that after seven decades of independence, India was creating a place as a strong country on the global map. Despite various challenges, it had overcome many challenges in various fields. India remained the biggest and most successful democracy in the world.
She added that the people of Uttarakhand are contributing significantly to the development and progress of the country. People of the State are imparting their invaluable services in various sectors, especially in the defence sector keeping up their legacy of military tradition over generations.
She declared it a matter of happiness that Uttarakhand is securing its place among the best states of the country, while performing excellently in various fields. The policies of the State are focused on regional development based on equality. The COVID-19 pandemic had opened the doors of “Reverse Migration” for the migrants of Uttarakhand. Women played a very important role in the development of the State. These hard working women of the state were role models for the entire country. Women were also promoting entrepreneurship through self help groups. Anganbari and ASHA workers were the backbone of primary health services and women and child development in the state. During the health disaster of COVID-19, these workers are playing a very important part in prevention and spreading awareness on corona.
She pointed out that COVID-19 has become a huge challenge for the world. With the cooperation of the central government and its own resources, the Uttarakhand Government has managed the disaster effectively. People have shown unprecedented solidarity during COVID-19 across the country. People in Uttarakhand also took initiatives to help the each other. People have shown social harmony and unity.
Governor Maurya expressed pride in the frontline workers, doctors, nurses, paramedical staff, administrative officers, media persons and personnel and social organisations that are saving the lives of people through their invaluable services. While COVID-19 has thrown up many challenges, it has provided the nation a chance to improve its health system.
She pointed out that the state government has appointed more than 400 doctors to combat the pandemic. Two new medical colleges in Haridwar and Pithoragarh, apart, from the already existing 5 medical colleges are being set up. All the families are being benefitted under the Atal Ayushman Scheme in the state.
Governor added that, through the Atamnirbhar Bharat mission of the Prime Minister, production of local goods and income of farmers would be boosted. This mission would motivate young people to take up self employment. The Pradhanmantri Garib Ann Kalyan Yojna has ensured food security to a large part of the population in the country. Around 62 lakhs people have been benefitted through this scheme in the state, till date. The state’s Red Cross Society is also working to help people effectively by distributing relief material and creating awareness.
Schools and colleges are closed due to COVID-19 presently. It is a big challenge to continue with education. It is encouraging that educational institutes have adopted technology and innovation speedily. The New Education Policy has been introduced in the nation, which is also promoting technology and innovation in teaching. Skill development has been included in the New Education Policy, which is need of the hour. Universities of the State have also made efforts to continue the activities related to teaching through online education and seminars. Along with the studies, many universities have taken initiatives to help the people. The Governor has also appealed to the people to follow the rules of social distancing seriously. She has urged the people to wear masks and make personal hygiene a habit.
She emphasised that being a Himalayan state, Uttarakhand provides invaluable eco services to the country. People of the State, especially the youth, should take initiatives to protect the environment, forests and plantation. Governor Maurya appealed to the people of the State to commit to working for the development and progress of the state with full integrity, honesty and dedication.