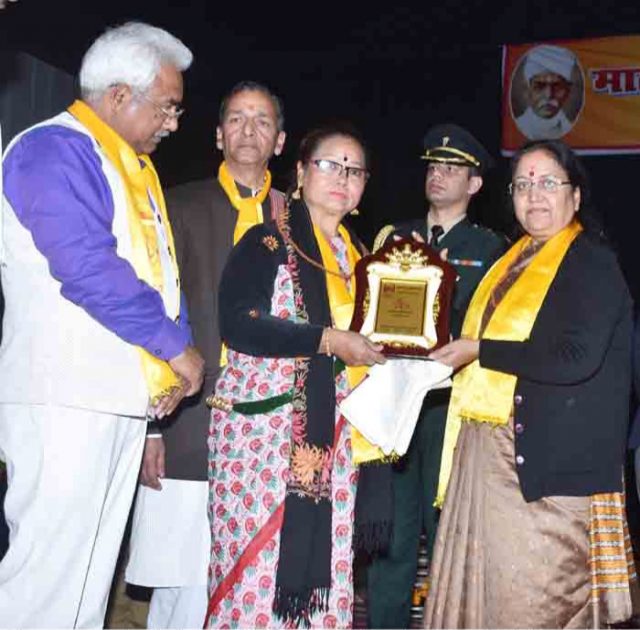 By OUR STAFF REPORTER
DEHRADUN, 25 Dec: Governor Baby Rani Maurya participated, today, in a programme organised on the birth anniversary of Pt Madan Mohan Malaviya at the Malviya Auditorium, Rishikul Ayurveda Campus, Haridwar, on Tuesday. While addressing the gathering, the Governor paid tribute to Pt Madan Mohan Malaviya and the late Atal Bihari Vajpayee. She said that Pt Madan Mohan Malaviya was one of those great personalities who made invaluable contribution to nation-building.
The Governor said that Malaviya was known as an educationist, editor, social reformer, lawyer, great patriot and social reformer. He founded the Banaras Hindu University. Malaviya had said, “Patriotism is not a duty but a religion.” He had said that, through education, the physical and mental powers of the students needed to be developed. He believed that education had an important role in the all-round development of life. He also emphasised intellectual development as well as character formation. Malaviya also paid special attention to cleanliness.
The Governor said that society could be further developed through the teachings of Mahamana Malaviya.
Cabinet Minister Madan Kaushik was also present on the occasion.