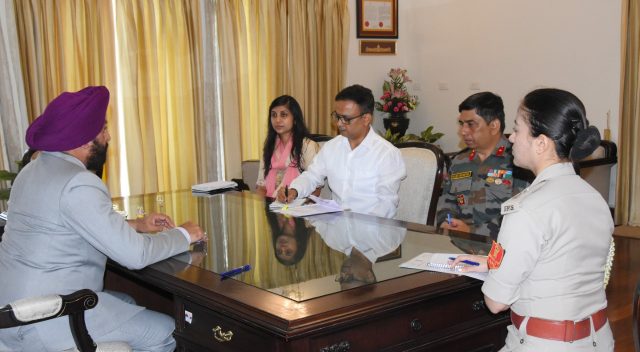 Dehradun, 24 Jun: Governor Lt-General Gurmit Singh (Retd) was briefed on the ongoing projects in the border areas of the state by officials at a meeting held here, today, at the Raj Bhavan. The Governor said that special focus should be on road, air, digital and network connectivity in the border areas.

He said that basic facilities like roads, education, hospitals, etc., should be provided to the people in the remote areas of Uttarakhand on priority. Efforts would be made to develop infrastructure in these areas.

The Governor also directed that a proposal be prepared for residential schools and hospitals in the border areas. He asked all the agencies to prepare concrete proposals for infrastructure development. Action would be ensured on these projects at the earliest by presenting the proposals before the Union Home Minister.

The Governor sought identification of new trekking and mountaineering sites in these areas, which would increase tourism activities and boost the economy of the people as well as prevent migration.

Garhwal Post has established itself as a credible, balanced and forward looking newspaper in India. Based in Uttarakhand, the daily is read by the aware, socially and culturally responsible, high-income elite of society.
Contact us: info@garhwalpost.in
catchy dating headlines that attract sugar daddies https://garhwalpost.in/instant-hookups/ https://garhwalpost.in/best-dating-app-for-single-mom/