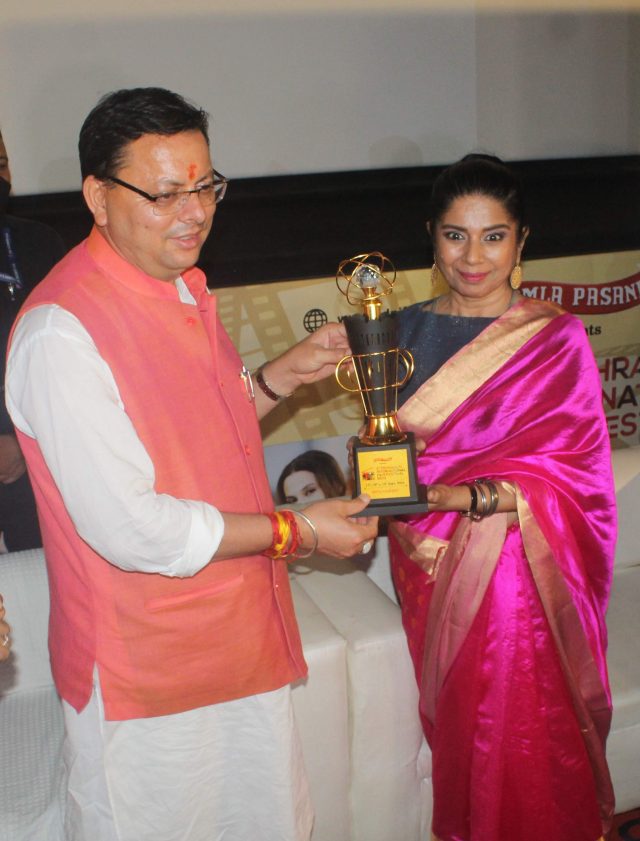 By Our Staff Reporter
Dehradun, 18 Sep: Chief Minister Pushkar Singh Dhami inaugurated the 6th International Film Festival late last night at a local mall here. Speaking on the occasion, he said that cinema has the power to influence the way of thinking and understanding of any society. Films are not only a means of entertainment, but also a powerful medium to awaken the individual and collective feelings of human beings. Movies are the mirrors of society and  Cinema guides society and actors are a source of inspiration for the youth. 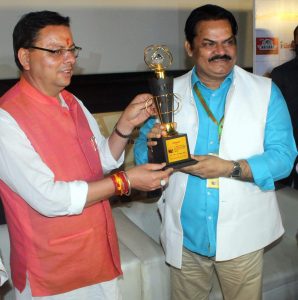 Dhami said that Uttarakhand is situated in the lap of nature and nature has abundantly blessed the state and its people. It has large number of rivers, hills and mountains, waterfalls and many unique destinations. He observed that there is  huge potential of Uttarakhand becoming a top shooting destination in the country and across the globe. Places like Nainital, Mussoorie, Auli, Chakrata, Munsiyari, Chopta, Harshil, Pauri, Dhanaulti offer unique and incomparable beauty to the visitors and filmmakers alike. Religious places are Kedarnath Badrinath Gangotri Yamunotri Haridwar-Rishikesh and many more places are becoming appropriate destinations for shooting. He claimed that the government is constantly making efforts to create a better environment for film shooting in the state.
The Chief Minister said that all the entrepreneurs are  brand ambassadors of Uttarakhand. They are partners in promoting industries in the state and inviting producers to produce more and more films. He said that along with industries in the state, policies suitable for them would also be decided to promote the film industry. Uttarakhand is the land of Gods, and the entrepreneurs from here have a big role in making it recognised as a cultural and religious state in the country and the world. This would also help towards economic development of the state. He said that the natural beauty, yoga, spirituality, pure environment, peaceful environment made the state an ideal place to live. He also invited suggestions for promoting film production and filmmaking in the state.
Expressing gratitude to the Chief Minister, Director of the Film Festival, Rajesh Sharma assured to make this festival a one week affair in future and show more and more films based on Uttarakhand.
Gajendra Singh Chauhan, the film actor who played character of Yudhishthira in Mahabharata, also expressed his gratitude to the Chief Minister and reminded the gathering that Yudhishthira also went to heaven from here. Describing cinema as the mother of film artists, he said that it also inspired the society.
Leading film producer and director KC Bokadia was also present on the occasion. It may be recalled that Bokadia has produced and directed films like Pyar Jhukta Nahin, Teri Meherbaniyan, Naseeb Apna Apna, Hum Tumhare Hai Sanam and Main Tera Dushman. He has directed successful films like Phool Bane Angaaray, Police Aur Mujrim, Insaaniyat Ke Devta, Aaj Ka Arjun, Kudrat Ka Kanoon.
Well known actor Meeta Vashisth was also present on the occasion along with  actor Akhilesh Mishra, Manjot Singh, Paramjot Singh, director Vinay Pathak, Kaveri Bamzai, Yashpal Singh, Rachit Gupta and as well as the diplomats of countries like Bosnia, Tobacco, Macedonia, Korea, etc., who were honoured on this occasion. Cabinet Minister Subodh Uniyal, MLA Rajesh Shukla were present on this occasion.

Garhwal Post has established itself as a credible, balanced and forward looking newspaper in India. Based in Uttarakhand, the daily is read by the aware, socially and culturally responsible, high-income elite of society.
Contact us: info@garhwalpost.in
ukraine date senior dating sites scotland https://garhwalpost.in/fun-last-minute-dates/