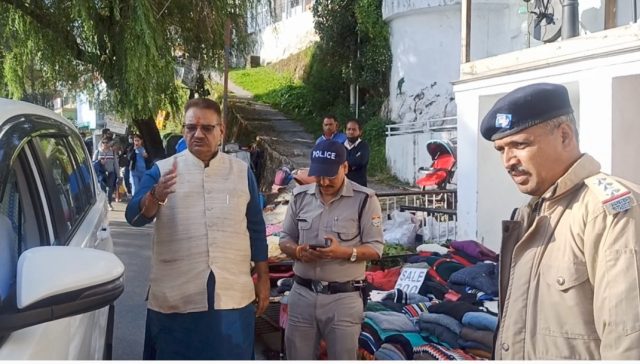 By Our Staff Reporter
Mussoorie, 24 Oct: Cabinet Minister Ganesh Joshi, while talking to reporters here, today, said that natural disasters could not be prevented, but after the red alert by the Meteorological Department, the government and administration had taken steps that reduced the number of deaths in the recent heavy rains.
He claimed that prompt action had been taken by the government and administration, and immediate relief provided to the disaster victims. He said that, from the very first day, Chief Minister Pushkar Singh Dhami had visited the disaster-prone areas and provided relief. The Kumaon region had suffered the most due to the disaster. All programmes were postponed by the Bharatiya Janata Party and the government and assistance provided to the disaster victims.
He said that Chief Minister Dhami was assessing the damage personally at all the sites. Union Home Minister Amit Shah also reached Uttarakhand late at night to assess the damage.
He recalled that, when the disaster happened in 2013, no major Congress leader reached the affected areas and assessed the situation sitting in Dehradun. He warned the opposition that this was not the time for politics. They should, instead, do all they can to help.