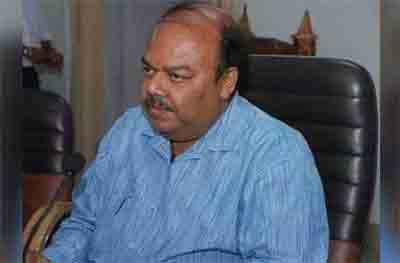 By Arun Pratap Singh
Dehradun, 28 Jan: Uttarakhand Government is mulling further reducing the period of the Mahakumbh-2021 in Haridwar. This was indicated today by Chief Secretary Om Prakash to Garhwal Post.
It may be recalled that the usual period for the Mahakumbh is four months but, in view of the Corona pandemic, the Mahakumbh-2021 had been reduced by the state government to 48 days this year. However, the Union Government, while recently issuing its guidelines and SOPs on holding of the Mahakumbh, expects the number of pilgrims to be limited this year in view of the pandemic. Om Prakash reminded that the SOPs issued by the Union Government were very strict. While the state government could only further tighten the restrictions if necessary but not dilute those mentioned in the SOPs, it had become important to consider reducing the period for the Mahakumbh to even less than 48 days. He added that a final decision on this would be taken in next few days. The arrangements for the Mahakumbh were being made in accordance with the guidelines issued by the Union Government, he added.
Pointing out further that the Union Government was in favour of limiting the number of pilgrims to this Mahakumbh in view of the pandemic, Om Prakash indicated that the Chief Minister was likely to speak to the chief ministers of various states in this regard. He would request them to limit the number of pilgrims from their respective states in order to adhere to the guidelines of the Centre. The government would write letters to chief secretaries of all the states, too, with the same request. The state government would probably write to the Railways Ministry, too, urging that it not to run any Mahakumbh special trains this year to Haridwar in view of the guidelines. Not only this, no trains would arrive at Haridwar Station on the day and one day before any special Snan (auspicious bathing days). On the day of the main bath at Kumbh and a day before that, no train would arrive in Haridwar. Only departure of the trains would be permitted from Haridwar on the day of the Snan.
It may further be recalled that the state government has already made it mandatory for those coming for the Mahakumbh to produce Covid Negative test reports in order to participate.
Om Prakash added that, though, the numbers of fresh cases of Covid-19 had come down significantly in Uttarakhand, the government was aware of the need to be cautious and, for this, had spoken to DRDO to set up a 2000 bed hospital with the help of ITBP in Haridwar. The state government would bear the cost of land acquisition and other expenses to construct the hospital. The state government was in touch with the Union Home Ministry in this regard.