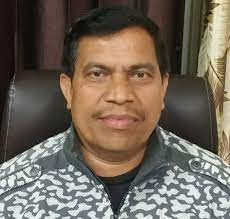 Dehradun, 13 Aug: The Government has finally transferred Uttarakhand Subordinate Services Selection Commission (UKSSSC) Secretary Santosh Badoni, replacing him with Surendra Singh Rawat, Joint Secretary at the Uttarakhand Secretariat. Rawat will function as Secretary of UKSSSC in addition to his other responsibilities. Badoni, also an Uttarakhand Secretariat Cadre officer, has been asked to report back to his parent cadre.

It may be recalled that UKSSSC has been very much in the news lately for all the wrong reasons. Allegations of rigging had been levelled in respect of the Graduate Level Entrance Examination conducted for recruitment to Class 3 posts in Uttarakhand Government since December last, when the test was conducted. An inquiry revealed that the question paper had indeed been leaked, probably at several levels and, not only this, the mafia was also involved in copying and sale of the answers to the question paper.

Following the controversy, its Chairperson and senior retired IAS officer S Raju resigned from his post. Since then, it was being speculated that Badoni would also be replaced soon. However, as his posting to UKSSSC was on deputation, he could not put in his papers. Sources added that Badoni had been trying for his transfer back to the Secretariat for long.

Meanwhile, speculation on who will be appointed as UKSSSC Chairman has already begun. It remains to be seen if the Government appoints a Commission member as Chairman or appoints some outsider, probably a retired IAS or IPS cadre officer to the post. The first Chairman of the Commission was RBS Rawat, a retired Indian Forest Service Officer and a former Head of the Forest Department. Rawat had been appointed by the then CM Harish Rawat and had resigned in a matter of months in 2016. Since then, retired IAS officer S Raju was serving as UKSSSC Chairman.

In case the government appoints a commission member as is being speculated, then the two names under consideration are Vinod Chandra Rawat and Dr Prakash Chandra Thapliyal, a retired Information Service officer. In case one of these two members is appointed, then it could well be a stop gap arrangement. Sources claimed that not many retired IAS officers have shown interest in being appointed as UKSSSC chairperson so far. Meanwhile, sources in the State Personnel Department confirmed that a proposal for the appointment of Chairperson in UKSSSC had already been forwarded to the government and approval is awaited.

Garhwal Post has established itself as a credible, balanced and forward looking newspaper in India. Based in Uttarakhand, the daily is read by the aware, socially and culturally responsible, high-income elite of society.
Contact us: info@garhwalpost.in
mixxer dating app dating millionaire sites