Dehradun, 7 May (IANS): Marina, a floating restaurant of the Uttarakhand Tourism Department, sank partially in the Tehri reservoir on Tuesday, officials said.
The restaurant, which was not in use for some months but was built to promote tourism in the reservoir, has been extensively damaged. “This may have happened because the water level in the reservoir was less these days,” said a tourism department official.
Efforts were on to retrieve the restaurant with the help of the police. A cabinet meeting was also held in Marina last year as part of a government exercise to promote tourism in Uttarakhand.
Red-faced top officials of the tourism department were tight-lipped over the incident. The restaurant, built at a cost of Rs 2.5 crore, was not in use due to technical difficulties. 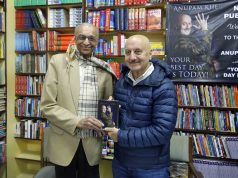