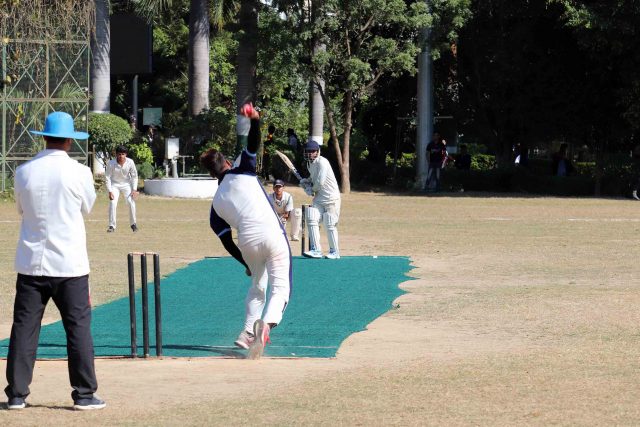 DEHRADUN, 16 Nov: Graphic Era President’s Cup title was won by Computer Applications Department. Out of 14 teams of Graphic Era University, Computer Applications Team beat the Btech CS team by 28 runs. Computer application team gave the target of 151 runs to Btech CS in the first innings of the game. The President cup started from November 7th and the final match was played between Btech CS and Computer applications department. Sufiyan Ali from MCA department took 4wickets and declared Man of the Match. Btech CS team chased down the target to 127 runs. Rishabh Mishra of computer department with the help of 7 fours and 1 six played tremendously and scored 38runs. In the entire series, Yashpal Rawat played the role of referee, Dr. A. S. Shukla made a commentary in the match.