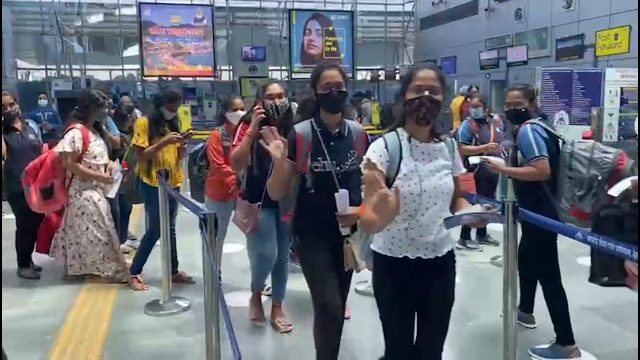 By Our Staff Reporter
Dehradun, 19 Apr: Graphic Era has taken a new initiative by arranging to send students from distant states to their homes safely by air. Today, about a hundred students were sent home by various flights. Most of the students who left the hostels this morning had reached their homes by evening. 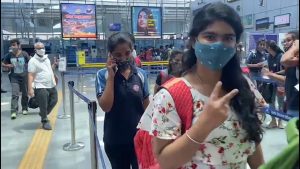 These students had come here from different states when offline classes started. Graphic Era took the decision to send them home after announcement of lockdowns at several places in the country due to the second wave of Covid and the state government’s decision to call off offline classes. Today, more than a hundred students were sent from Dehradun to Andhra Pradesh, Assam, West Bengal, Maharashtra, Chhattisgarh, Karnataka, Varanasi and Lucknow by various flights. All these students are from Graphic Era Deemed University and Graphic Era Hill University and were staying in the universities’ hostels here. 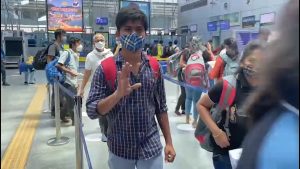 Parents of students staying in various states in the country have welcomed this initiative by Graphic Era. Many students became emotional after hearing the university’s announcement that it would send them home at its own expense. Students were in high spirits after realising that in the Corona period, they can now reach their homes safely. At the time of farewell from the hostels this morning, many students were quite emotional. Vatya Pandey and Aarushi Chopra from Hyderabad said that they could have never imagined a university could care for them so much. For a large number of students sent to their homes by air, this was the maiden flight of their lives.
With the closure of offline classes at Graphic Era Deemed University and Graphic Era Hill University, the students were given the option of staying in the hostels or going back to their homes. This option was given to those who opted to go home. Students from Moradabad, Delhi, Meerut, Muzaffarnagar, Haldwani, Kashipur, Bijnor, Saharanpur, etc., have been sent home by buses and cars. University officials have been sent to escort them.
President, Graphic Era Group, Prof (Dr) Kamal Ghanshala today that students are undoubtedly the most important for the university. 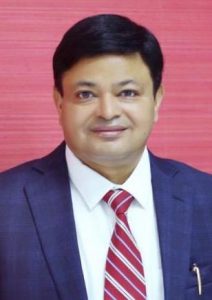 Dr. Kamal Ghanshala added that, after offline classes were called off, had students been asked to go home on their own, a lot of parents would have had to come to pick them up. This would have been risky. Therefore, Graphic Era decided to make this arrangement. Some states in the country have made Covid negative report mandatory for entry into the state. Students hailing from such states have been sent after conducting Corona tests.