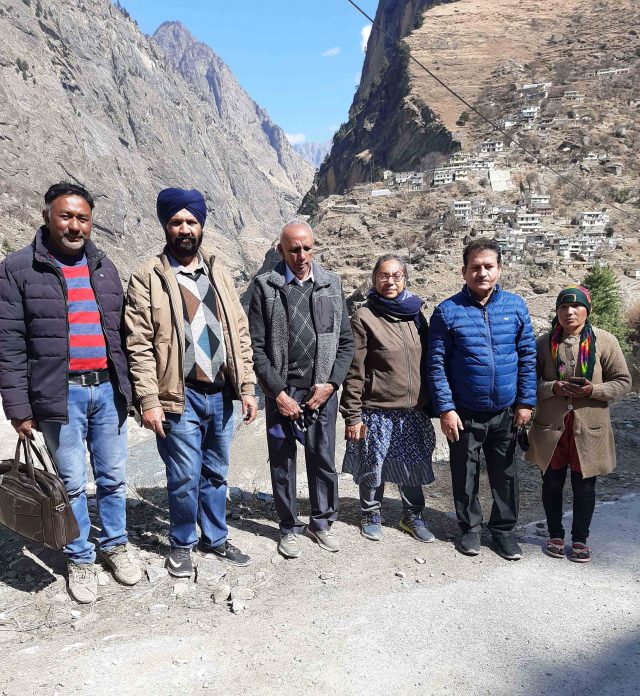 By Our Staff Reporter
Dehradun, 18 Feb: Graphic Era will construct a house for Soni Devi, a victim of the Reni village disaster in Chamoli. A team of experts from Graphic Era has prepared a plan to construct the house after touring the disaster affected area.
President, Graphic Era Educational Group, Dr Kamal Ghansala said that the institution takes initiatives to help people in times of disaster and address its concerns towards the hills. He said that a piece of land to construct the house for Soni Devi was selected in a safe location post discussions with government and the district administration.
Dr Ghansala said that, by extending its hand to help people in times of natural disasters, Graphic Era is inculcating good moral values in the younger generation. It is for this reason that alumni of Graphic Era, who have achieved success worldwide as skilled professionals, are also proving to be good human beings.
The team of experts from Graphic Era has located available safe land in village Parsari after touring the disaster affected area near Reni village. After inspecting the area with Soni Devi’s daughter Manju and officials of the revenue department, action has been initiated for land acquisition in village Parsari. Immediately after acquiring the land, construction of the house will begin.
This team interacted with the DM, Chamoli, Swati Bhadauria, at the Disaster Control Rooms set up in Joshimath and Tapovan and discussed construction of houses for disaster victims. SDM, Joshimath, Kumkum Joshi, was also present.
This team of Graphic Era included Director Infrastructure and Professor, Journalism, Dr Subhash Gupta and Director of School of Planning and Architecture Shriparna Shah.