DEHRADUN, 11 Jun: Making its mark in the field of research and placement, Graphic Era has again created history. Graphic Era Deemed University has made its place in top 100 universities released by the Central Government. Along with this, the university has been included in the 100 best Engineering universities of the nation. 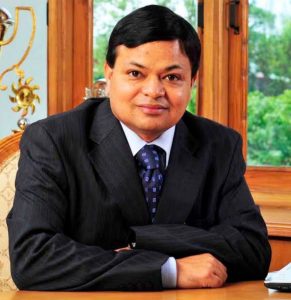 Today, Human Resource Minister Ramesh Pokhriyal ‘Nishank’ released the list of India’s top 100 universities in Delhi. Sweets were distributed in the premises of the university after the news came. None of any other universities in Uttarakhand made it to the top 100.
Graphic Era Deemed to be university is continuously riding the wagon of success because of its quality education, laboratories equipped with world class technologies, excellent placements, new inventions and world class faculties. Today, the Central Government released the NIRF ranking of 2020, which includes the list of top 100 universities of the Nation. There are around 965 universities and Graphic Era has found its place at the 97th position among the top 100 universities. There are 10,000 and 366 organisations imparting Engineering education in India. In the list of the top Engineering universities, Graphic Era is in 89th position. This also reflects positively on Uttarakhand.
This achievement will open new avenues for higher education in Uttarakhand as intended by the State Government.
When the news came, thousands of congratulatory messages poured in till late evening via E-conference. Prof (Dr) Kamal Ghanshala, President, Graphic Era Group, said that he considers this as appreciation at the national level for the efforts that have been continuously made in terms of technology and for including the latest technologies in the laboratories and workshops for imparting quality higher education.
Dr Ghanshala added that it is the only university that has taken A grade from NAAC in the region. All the technical programmes of Graphic Era (BTech, MTech, MBA, MCA) are affiliated programmes from All India Technical Education Council. Graphic Era also has accreditation from NBA for Computer Science, Electronics and Mechanical Engineering in Uttarakhand. It is also the only university in the region awarded with diamond category in QSI–Gage.