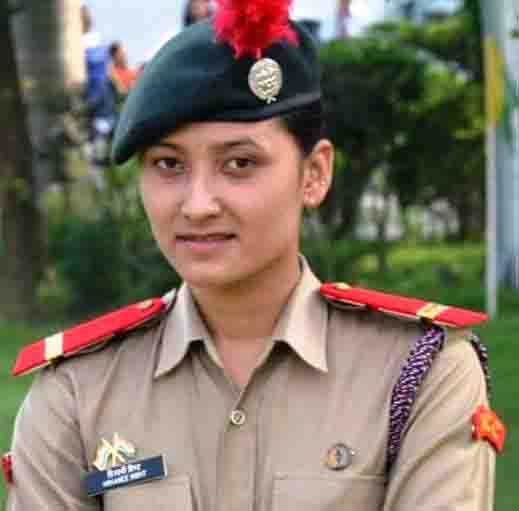 Dehradun, 6 Jan: Students of Graphic Era University are also being selected to the Army, apart from getting placements in major companies of the world, including those of the IT sector. Student of Graphic Era, Himani Bisht has brought laurels to Uttarakhand by getting first place in the nation’s short service commission – NCC category of the Army. Sarthak Chauhan of Graphic Era has also been selected for commission in the army through the CDS examination of Union Public Service Commission.
Both these students received NCC’s C certificate with A grade from Graphic Era. Himani Bisht has done MCA from the university in the batch of 2018-20, after doing BSc IT from Graphic Era Hill University. Himani has topped the NCC Special (Women) category nationwide for the Army’s Short Service Commission. On receiving an ‘A’ grade in the NCC C certificate, Himani was directly summoned to Allahabad for SSB selection. Himani Bisht was also placed in major IT companies Infosys and Capgemini through campus placement drive of Graphic Era but decided to join the army.
Sarthak Chauhan has done BTech in Mechanical Engineering from Graphic Era Deemed University. Sarthak has also been selected from Allahabad centre of SSB. Both of them have been instructed to join the Officers Training Academy, Chennai on 7 January. Sarthak also received an ‘A’ grade in the NCC C Certificate in Graphic Era.