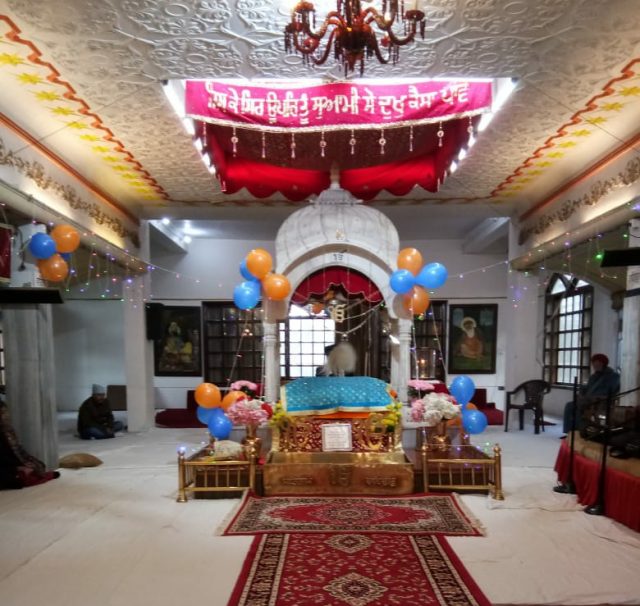 By Our Staff Reporter
Mussoorie, 9 Jan: The 350th Prakash Parv of tenth Sikh Guru Gobind Singh was celebrated with great pomp, here, today. Shabad Kirtan was organised after Ardas in the Gurdwara under the aegis of Guru Singh Sabha, Landour and Library, in which a large number of Sikh families as well as other people participated.
The Ragi group entertained the Sangat by performing kirtan. After the programme, the Diwan of the Guru was also decorated.
Mussoorie Municipal Councilor Jasbir Kaur, while throwing light on the life of Guru Gobind Singh, recalled that he sacrificed his four Sahibzadas for freedom of religion. All the people sought the blessing on the occasion that country would soon be rid of the corona infection.
In the afternoon, a langar was also organised. A large number of people including Balbir Singh, Ravindra Singh, member Jasbir Kaur, President of Senior Citizens Committee AS Khullar were present on the occasion.