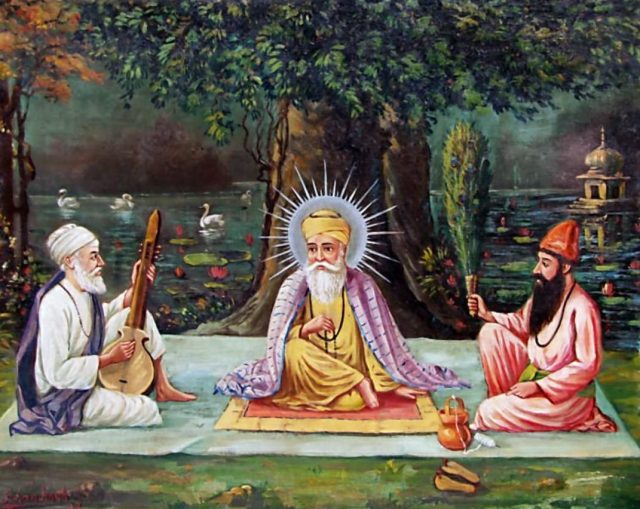 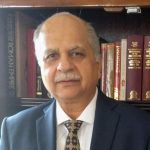 The memory of the discomforts of the long Punjab summer were by mid August much eased. The monsoon rains had been blissfully plenty and the famed five rivers of the province had been flowing and carrying abundance of joy for the tillers of the soil. These wonder workers of the granary of India had planted their fields with rice paddy and were now enjoying the cool breezes that blew seductively across the waters and refreshed the mind and body of the Punjabi peasant. Their saintly Guru Nanak had extolled the virtues of the rains in his composition called “Bara Maha”.In this evocative recall of the seasons, Guru Nanak had described the months of Savan and Bhadon (July and August) and the magical transformation wrought by the monsoon showers. As the rains enforced some liesure, the resting peasants now enjoyed a spiritually uplifting phase in their otherwise prosaic life. 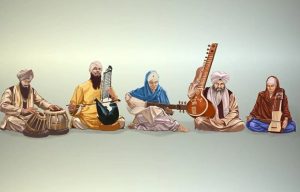 The fifth and charismatic Sikh Guru, Arjan, had been toiling for a number of years to compile the sacred hymns(shabad or bani) of his predecessor Gurus for the Sikh Panth and to this compilation he added two thousand hymns of his own creation. Adi Granth as this landmark achievement was to be known by the world in the coming years was completed in August 1604. The Guru in this herculean endeavour was assisted by his close relative and amanuensis Bhai Gurdas Bhalla who transcribed the Adi Granth in the presence of Guru Arjan. On a historic day in the glory of the Sikh faith, the Adi Granth was placed in the Hari Mandir Sahib ( later the Golden Temple) on 16th August 1604. This significant move by Guru Arjan gave the Sikhs a befitting sacred text quite unmatched in its merits and spiritual aura.

Much like the Hari Mandir had its foundation laid with four bricks by the hands of the Sufi mystic of the Qadri order, Mian Mir, the Adi Granth itself was most inclusive. It not only had the verses of all the five Sikh Gurus but it included salutary passages from sixteen spiritual men of other faiths and other regions of the subcontinent.

This spiritual stratagem by the visionary Guru Arjan ensured that the message of Sikhism would go on to embrace humanity on a far wider scale than just the Punjab. Today the Sikh Panth and it’s constituent sangats are visible across the globe.

The text of the Adi Granth was uniquely set on the bedrock of classical Indian music. The Gurus knew the effectiveness of music to engage even the most illiterate and simple people. This faith in the power of music to strike deep into the minds and souls of a gathered congregation of devotees was realised early by the Gurus who being accomplished communicators effectively made use of a repertoire of classical Indian ragas to address their gatherings. Particular ragas suited to the mood and situation wete invariably used while kirtan singing was carried out.

To further cohesion and solidarity among the members of the Sikh sangats, the Gurus had stressed the virtues of communal singing of hymns from the Adi Granth. To provide form and body to this important feature of the new faith the Gurus from the early days of Nanak had embedded musical instruments in the practice of hymn singing or kirtan.

Guru Arjan had envisaged the prime importance that Hari Mandir and the Adi Granth would acquire in the lives of the devotees. Thus, he instituted the round the clock singing of hymns of the Adi Granth by reputed ‘kirtankars’ and it was decided to have eight Kirtan Chaukis to have the recitation continuously : Asa di Var (early morning), Bilaval di Chaunki (after sunrise),Anand di Chaunki (before noon),Sarang di Chaunki (noon), Charan Kanwal di Chaunki ( afternoon)So Dar di Chaunki (sunset), Kirtan Sohile di Chaunki ( night ) and Kanare di Chaunki ( late night). Ardas prayers were held after select five Chaunkis and Kara Prasad (sweet sacrament) was given after the Ardas. The shabad or the hymns were to be sung only in predetermined ragas of which 31 were selected while another 30 combination ragas called ‘mishrit ragas’ were also used for kirtans. Guru Nanak with his natural foresight had sought to bring the north and south of the country closer and he selected six ragas to be sung in the south Indian classical style. These six ragas came to be known as Dakkhani ragas of the Gurbani.

The musical instrument that became the symbol of Sikh music was the string based “rabab” ( rebeck ) which the tradition states was first ordered by Guru Nanak’s elder sister to be made especially. This rabab was carried by Nanak’s faithful companion Mardana. Mardana was an acknowledged rababi and he strummed the rabab to aid Nanak’s recitation of the hymns that he had composed. The rabab and Gurbani in Nanak’s own voice together became a nectar for the simple folk who flocked to Nanak’s presence at every opportunity.

As the musical tradition in the Gurbani got entrenched, later Gurus added more string instruments like the saranda, sarangi, taus and dilruba. These musical instruments required years of hard training for one to be able to play and the Sikhs of the Gurus mastered these. Not long back every Sikh household endeavoured to keep at least one musical instrument for devotional singing. Sikh music schools usually called ” Taksals” later came up to tutor Sikhs from their early years to learn the difficult nuances needed to master the string instruments.

The Adi Granth which later with additional hymns of the ninth Guru, Tegh Bahadur, came to be called the Guru Granth Sahib has the singular distinction of being the repository of the finest spiritual text interwoven with the richness of classical Indian ragas selected by spiritual masters of an extraordinary eminence.

(Pradeep Singh is an historian and the author of “Sals of the Valley:A Memorial to Dehra Dun” and “Suswa Saga: A Family Narrative of Eastern Dehra Dun”. The author can be contacted on : chpradeepsingh@gmail.com)

Garhwal Post has established itself as a credible, balanced and forward looking newspaper in India. Based in Uttarakhand, the daily is read by the aware, socially and culturally responsible, high-income elite of society.
Contact us: info@garhwalpost.in
christian dating manchester