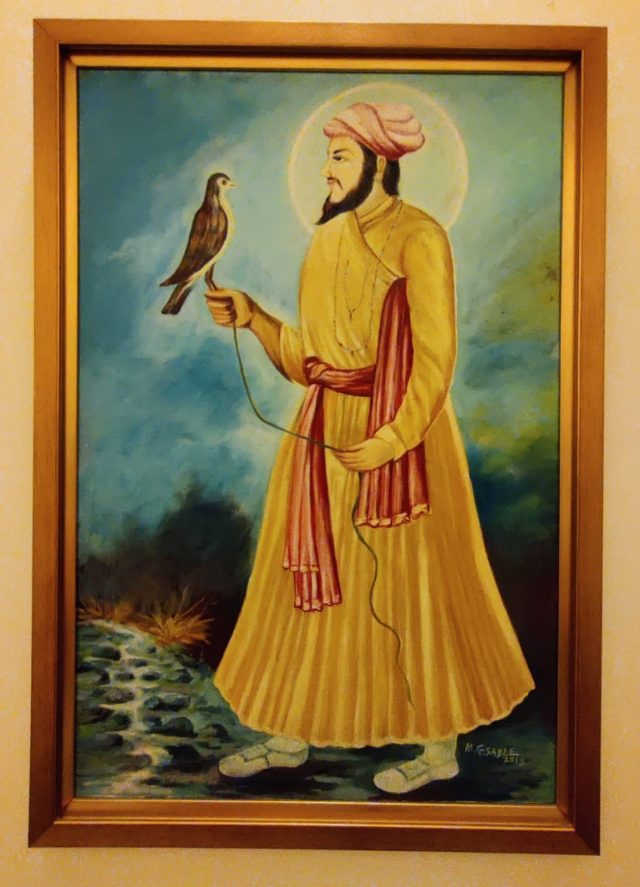 Dehradun, 13 May: Guru Ram Rai, the charismatic and also enigmatic in good measure founder of modern Dehradun, has over the last three centuries and more become a source of spiritual uplift to countless followers. However, to the historians, he has remained a paradox. His followers adore him as their Guru and Guide and have built a halo around his many miraculous achievements, which today are viewed with skepticism by many.
Guru Ram Rai(1646-1687) was the elder son of the seventh Sikh Guru (Har Rai). Owing to the developments in the Sikh Panth and the polity of the Mughal Court, Ram Rai came to Dehradun to set up his establishment in 1676. He lived here till his demise in 1687. A magnificent monument known as the Darbar of Guru Ram Rai came up and developed successfully over the next three centuries under the able leadership of the Sajjda Nasheen Mahants . An annual celebration in honour of the Guru is held in March every year and is famous as the Jhande ka Mela, attended by thousands from across the country.

However, despite the close connection between Guru Ram Rai and the city, not much reliable and authentic information is available about the antecedents and historical reasons for the coming of Guru Ram Rai to Dehradun and the socio-cultural development that happened and impacted not only valley but the larger hinterland of Uttarakhand.
To unravel the many mysteries and myths that abound about Guru Ram Rai and his chequered spiritual career, Pradeep Singh has pursued research over a decade resulting in a PhD thesis that was last month accepted by Jamia Millia Islamia, New Delhi, for the award of Doctor of Philosophy in History. The topic of the thesis was: ‘An Uneasy Inheritance: Examining the Life and Historical Impact of A Sikh Elite in the Seventeen Century: the Case of Guru Ram Rai (1646-1687)’. The research was conducted under the eminent historian, Prof Rameshwar Prasad Bahuguna of the Faculty of History and Culture of Jamia Millia Islamia.
The thesis has broken fresh ground in the area as no similar research attempt has been made in academic circles or universities. The research used a range of sources including traditional Sikh sources, scriptures, and primary sources in Persian, Gurmukhi, Hindi, including Mughal era documents and epigraphic evidence to bring out the historical importance of Guru Ram Rai. The research also highlighted the less known heterodoxical sect, the Udasis or Udaseen, which Ram Rai adopted and created the Udasi Darbar at Dehradun.
Pradeep Singh informed Garhwal Post that his interest in Guru Ram Rai is due to traditional affiliation of his family with the saint, formed around the time the Darbar was set up in 1676. Also, Singh has endeavoured to throw proper research based light on the career of an important scion of the Sikh Guru lineage who, due to circumstances, was marginalised in the writings of traditional historians. Henceforth, those seeking information on Guru Ram Rai and the Darbar would have a reliable source of reference.

Garhwal Post has established itself as a credible, balanced and forward looking newspaper in India. Based in Uttarakhand, the daily is read by the aware, socially and culturally responsible, high-income elite of society.
Contact us: info@garhwalpost.in
https://garhwalpost.in/find-a-gay-guy-in-my-area/ paid dating sites in south africa