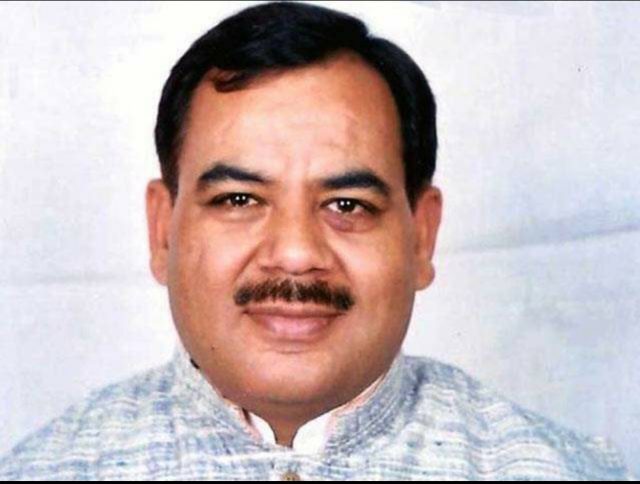 By Arun Pratap Singh
Dehradun, 23 Jun: Labour Welfare Minister Harak Singh Rawat addressed the media today and, as expected, targeted the Chairman of the Workers’ Welfare Board, Shamsher Singh Satyal. It may be recalled that Rawat has never been pleased with the appointment of Satyal as Chairman of the Board by then Chief Minister Trivendra Singh Rawat without consulting him. Earlier, Rawat was himself the chairman of the Board but was removed by Trivendra Singh Rawat. Satyal, considered quite close to Trivendra Singh Rawat, too, on his part, has been very vocal against Harak Singh Rawat. While Rawat has questioned his appointment as Chairman and has demanded his removal taking the issue before the present CM Tirath Singh Rawat, Satyal has claimed that he can’t be removed as the Board is an autonomous institution.
However, the reason behind today’s press interaction by Harak Singh seemed to be expressing his opinion regarding the demand by Satyal for a CBI inquiry into the work done by the Board, which seemed to have angered the minister. Besides this, Rawat appeared to indicate that Satyal was speaking against him at the behest of former CM Trivendra Singh Rawat. Rawat said that he was not opposed to any inquiry by the CBI or any other investigating agency into the work done by the Board during his (Harak Singh’s) tenure as chairman. He claimed that any inquiry done now or any time in the future would reveal no scam took place. Rawat further stated that the chairman of the board ought to realise he was levelling allegations against a Cabinet minister.
Rawat further claimed that, before he took over as Chairman of the Board in 2017, no one had heard much about it or its activities for the welfare of workers. It was at his initiative that the Board had started genuine work on labour welfare. While, in the first fifteen years of its existence, the Board had received a total amount of Rs 150 crores, during his tenure it managed to get Rs 200 crores with which substantial work was done on welfare of the workers. All the items procured by the Board during his tenure were through central agencies and of high quality. The distribution, too, was fair and equitable, he claimed. Rawat asked if Satyal by demanding a CBI inquiry into the Board’s dealings was not demanding an inquiry against the then CM Trivendra Singh Rawat, as whatever was done by the board including the approval and release of Rs 50 crores as an initial amount for setting up of a medical college in Kotdwar had the approval of the then CM.
He added that as Labour Welfare Minister, he had submitted a proposal regarding release of an initial amount of Rs 50 crores to begin construction of a medical college at Kotdwar in the presence of then Chief Minister Trivendra Singh Rawat, who had approved the proposal. He reminded that the then CM had been present at several programmes organised by the Board for distribution of cycles, sewing machines and other items to the workers and their family members.
Harak Singh went on to demand that Chief Minister Tirath Singh Rawat take action against the people who were making such baseless allegations against a cabinet minister. He claimed that he wished to open a medical college in Kotdwar for the people of Kotdwar and district Pauri, not for himself.
Meanwhile, given the potential political ramifications of this controversy, BJP State President Madan Kaushik is learnt to have advised the CM to speak to Harak Singh as well as Satyal and sort out their differences.