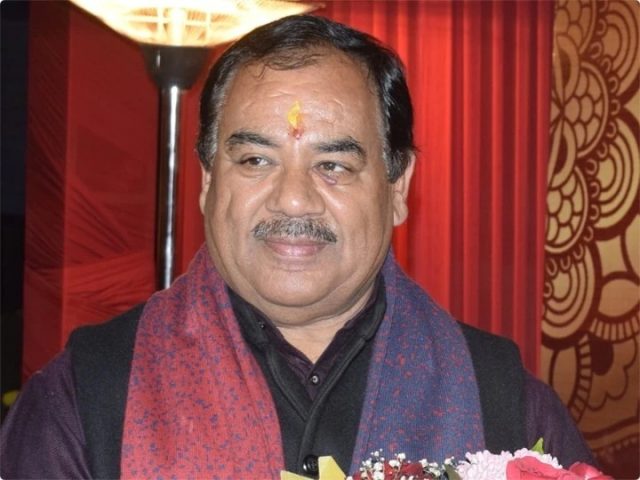 Dehradun, 14 Jan: Senior BJP leader Harak Singh Rawat likes to remain in the news on a continuous basis and often for the wrong reasons. It has been speculated for many weeks that he wants to shift his constituency from Kotdwar for the coming election. Rawat is a political leader who has contested from various constituencies, which include Pauri, Rudraprayag, Lansdowne (twice) and Kotdwar. In spite of changing parties like clothes, as well as constituencies on a regular basis, he has so far managed to get elected. He had been asked to contest from Kotdwar after he returned to the BJP after a long hiatus, but he has reportedly now been seeking the ticket from Lansdowne, a constituency he has held twice in 2002 and 2007, respectively, as a Congress candidate. However, instead of directly demanding a change of constituency to Lansdowne, he has sought the party ticket for his daughter-in-law Anukruti Gusain knowing that this would not happen. BJP has a two-time sitting MLA Dilip Rawat from Lansdowne and, according to party sources, has rejected his demand.
However, not one to give up easily, Harak Singh Rawat’s search for an alternate constituency has continued and BJP sources claim that he is now seeking the party ticket from Kedarnath, a constituency that the BJP has held in the past but lost in 2012 and 2017 due to infighting. In 2012, two-time sitting BJP MLA Asha Rani Nautiual had lost to Shaila Rani Rawat of the Congress. In 2017, Asha Nautiyal was denied the ticket by the BJP and had contested as independent, because the sitting Congress MLA Shaila Rani Rawat had switched over to BJP by then. This infighting in the BJP ensured the win of Congress candidate Manoj Rawat.
BJP sources state that Harak Singh Rawat has assured the party leadership that he would win on this seat that had been won by the Congress in the last election if given ticket from Kedarnath. Although the tickets are yet to be finalised, sources claim that the BJP leadership may agree to his demand. In that case, there is a possibility of Shaila Rani Rawat and Asha Nautiyal contesting as rebel candidates. Harak Singh Rawat has assured the party that he would manage to convince at least Shaila Rani Rawat not to contest if he is given the ticket.
Meanwhile, sources close to Harak Singh Rawat state that he considers Kotdwar a very difficult constituency from where very senior leaders like sitting CM BC Khanduri, too, had lost in the past. Despite constantly showing special affection for Kotdwar as a sitting MLA from there by getting a medical college and ESI hospital approved, many development projects approved and also trying hard to get the Kotdwar Kandi Road approved, Rawat is apprehensive of contesting from there. In the past, sitting cabinet minister Surendra Singh Negi, too, had lost from Kotdwar. He was the one to defeat the sitting CM, BC Khanduri in the 2012 elections, after himself having lost the 2007 polls.
It may further be recalled that for weeks, speculation was rife that Harak Singh Rawat may return to the Congress before the elections. However, if sources close to Rawat are to be believed, this was never a serious consideration or option for him as he and veteran Congress leader Harish Rawat were arch rivals in the Congress and still share very cold vibes. This speculation perhaps suited Harak Singh Rawat, too, and lent him a handy tool to put pressure on the BJP leadership to agree to his demand of constituency change. Although the party did not accede to his original demand of a ticket from Lansdowne, it may give him the ticket from Kedarnath.
Party sources claim that, while BJP is still not ruling out the ticket to Harak Singh from Kotdwar, once again, some other names like Dhirendra Singh Chauhan and Shailendra Bist are also under consideration. On the other hand, Surendra Singh Negi is once again hopeful of getting the Congress ticket from Kotdwar. In addition, ex-MLA Shailendra Rawat is also in the race for the Congress ticket.