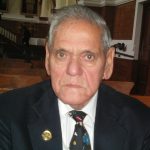 In the death of 75-year old Harbans Lal Kapoor, who passed away Monday morning, Uttarakhand has lost a ‘gentleman politician’. He had the unique distinction of having been elected as an MLA from Dehradun Khas constituency on eight different occasions; four times each to the Uttar Pradesh and Uttarakhand’s Vidhan Sabhas. 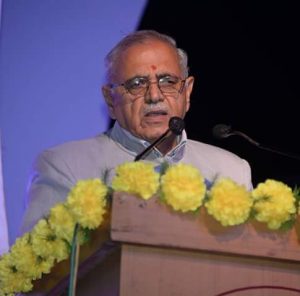 THE only loss he suffered was in 1985 when Hira Singh Bist of the Congress defeated him by a massive margin. However, Kapoor turned the tables on Bist when he defeated the latter in the following elections in 1989. That was Kapoor’s solitary loss. In a way, both the state assemblies were Kapoor’s legislative karambhumis in which he had stridden like a political colossus for nearly 40 years.

The only other political leader with more legislative experience fittingly was the veteran Narayan Dutt Tiwari, who was a legislator in Uttar Pradesh unbelievably for nine times. Tiwari was also the only politician who had served as a chief minister both in Uttar Pradesh and Uttarakhand. Kapoor was a double graduate in Science and Law from the local DAV College. Like other Dehradun politicians, he too had had his baptism in politics in the College where he was elected general secretary of its Students’ Union in 1968-69.
For a decade, he also did his practice as a taxation lawyer in which he was very successful. But, perhaps politics was to become his calling, and he successfully contested elections to the UP Vidhan Sabha first in 1989. Thereafter, there was no looking back, and Kapoor won one election after another from Dehradun constituency in 1991, 1993 and 1996. Thereafter, Kapoor won his maiden election in Uttarakhand in 2002 and repeated this feat in the following four elections. He was a minister, both, in Uttar Pradesh and Uttarakhand. He was also the Speaker of the Uttarakhand Assembly.
Harbans Kapoor was barely a toddler of 18 months when India kept its “tryst with destiny” on the midnight of August 15, 1947. His large and extended family was in Bannu, a major town in the North West Frontier Province (NWFP) in Pakistan that was born a day earlier. Like most other Hindu and Sikh families in the NWFP, the Kapoor parivaar too migrated to Dehradun. Harbans was the fourth of six siblings and their father, Sohan Lal, had a tough time finding his feet in this new and strange habitat of Dehradun.
Yet, with courage, conviction and faith in God Almighty, Sohan Lal with assistance from his eldest son Moti Lal, who was then in his early 20s, re-established the family jewellery business under the name and style of Frontier Jewellers. With honesty as its code of honour, the business slowly and steadily got better and better.
His wife Savita, too, has been active in social work, and was a great source of help in her husband’s political activity. She was the president of Bharat Vikas Parishad for a few years. He leaves behind two sons and a daughter.