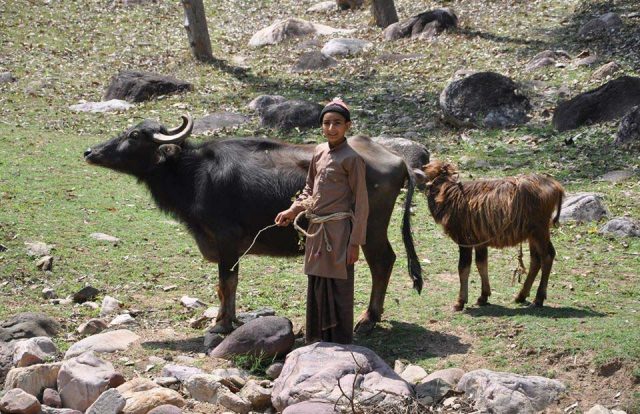 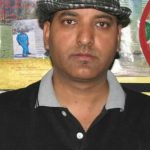 There was a time when the nomadic pastoral Gujjar community traveled from central Asia via Georgia from near the Caspian Sea, whose alternate name, Bahr-e-Khizar, caused the tribe to be known as Khizar, Guzar, Gujur, Gujrara of Gujjar. According to anthropologists and historians, the ancient ancestors of the Gujjars came in multiple waves of migration and they were initially accorded status as high caste warriors in the Khurbanov states. Some Gujjars, along with people from northwestern India, merged with the Hephthalites to become the Rajput clan. From time to time, Gujjars migrated from one location to another and adopted the religion, culture, and livelihood practices to survive in odd-even situations. In India, there are three sects of Gujjars. One tribal Gujjar community, known as Bakarwal (Shepherds), adopted the Muslim religion and mainly lives in Jammu and Kashmir and Himachal Pradesh. Their livelihood depends on sheep raring and labour work. The second sect of Gujjars adopted the Hindu religion and became Rajputs. This sect of Gujjars is the most prosperous among the Gujjar clan. The third sect of Van Gujjars lives only in Uttarakhand. They are nomadic and pastoral communities. They follow the Muslim religion and depend on buffalo rearing for their livelihood. 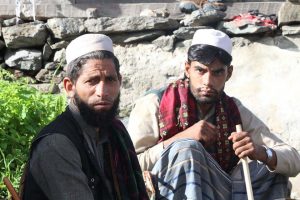 The present context of attention is that the Gujjars of Uttarakhand are facing a tough time in the Covid-19 pandemic. In March, the Chief Secretary of Uttarakhand had issued a letter that under the lockdown situation this year, the Gujjar community may not undertake its seasonal migration and will remain in their winter shelters in or outside Rajaji National Park. It is a well-known practice and fact that, every year, the Gujjar community migrates from the plains to the hills to rear their livestock. The Gujjars of Uttarakhand mostly travel to Bhilangana Valley up to Sahasratal alpine pasture in Tehri district and Bhagirathi, Yamuna, and Tons valleys in Uttarkashi district. It is also a fact that, in earlier times, Gujjars also traveled to Kedarnath and Badrinath valleys. However, due to tough forest policies, their migration was limited to some extent and this year’s epidemic came as a disaster in the life of these pastoral communities.

Historically, after independence, the first Prime Minister, Jawahar Lal Nehru, had allotted a few forest locations near Rishikesh, Haridwar, and Asharodi under reserve forest of then Uttar Pradesh as lease contract for them. Since then, Gujjars as nomads have been living in these forests under no Indian citizenship category. A few decades ago, these allotted forest areas became the Rajaji National Park. More trouble came when the Gujjars began to be evicted from the demarcated forest areas. Many social organisations stood behind the Gujjars and demanded a respectful and humanitarian solution for rehabilitation. Then the government decided to allow them agricultural land and houses near Pathri in Haridwar. A few families started living there and changed their occupation from pastoral to agrarians or as labourers, but most of the Gujjars continued to live in the forest due to the need for livestock management, which was not possible in the allotted colonies. Further, the government again allotted land for settlement near the Laldhang area of Kotdwar. Now, many Gujjars adopted the land but again most of the land area has been purchased by the land mafia (undocumented). Actually, the stories and drudgery of Gujjar’s lives are endless.

However, recently, three months after the lockdown, the Gujjar community near Asharodi forest range area along the Dehradun Roorkee National Highway faced brutal treatment by the Forest Department. The department, with the help of the Police, damaged the huts of the Gujjar families, beat them up and forced them to vacate the forest. A number of FIRs have been lodged against their family members, while no FIR from the Gujjars’ side has been accepted by the Police Department. Many Gujjars suffered injuries and seven are in prison. The President of the Akhil Bhartiya Kisan Sabha, Surendra Singh Sajwan, has demanded the immediate release of the Gujjars and also demanded a medical inquiry.

(Writer is a Freelance Journalist, Radio Jocky, TV Presenter and a Documentary Filmmaker.)