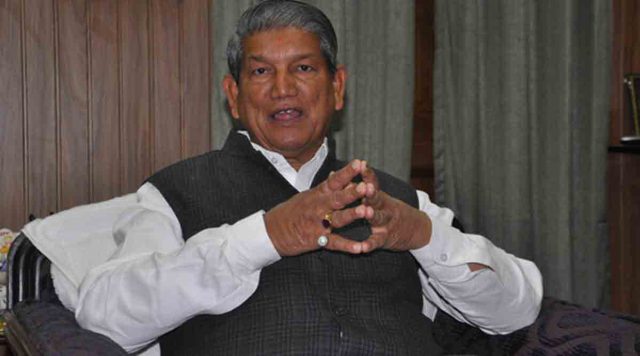 Dehradun, 11 Jan: Former Chief Minister and currently the Congress National General Secretary Harish Rawat is known to run his political activities parallel to the party organisation and to prefer using his own team of personal loyalists rather than the state Congress machinery in Uttarakhand. Currently considered to be at loggerheads with PCC Chief Pritam Singh and the Leader of the Opposition, Dr Indira Hridayesh, he today created a storm within the Congress party through his tweet urging the party to declare its “captain” well before the state assembly elections next year in Uttarakhand.
So far, no out of power party in Uttarakhand has declared its Chief Ministerial candidate in any of the polls. And the party in power has always lost the polls in every election despite having the outgoing CM as its face. In 2002, BJP lost the polls when it was led by the then CM, BS Koshiyari. In 2007, Congress had ND Tiwari as the CM but he declared himself out of the contest and did not even fight the assembly polls. Congress had lost. In 2012, BC Khanduri was the Chief Minister and was clearly declared the BJP’s CM candidate. Despite having relatively a clean image, not only the BJP but also Khanduri, himself, lost the polls. In 2017, Congress contested the polls under the leadership of the then CM, Harish Rawat, who was considered a heavyweight. Not only did the Congress lose the elections, but Rawat, who had contested from not one but two constituencies, lost in, both, Haridwar Rural and Kichha (US Nagar).
Now, Harish Rawat has not only tweeted demanding the party declare its captain for the upcoming polls next year but also has categorically asked the party to make it clear that the captain so declared would be its CM candidate. Incidentally, his tweet is not addressed to the party high command but specifically to Devendra Yadav, who is the AICC Secretary and currently In-charge of the party affairs in Uttarakhand. The tweet is in the form of a thread consisting of several tweets. In one of the tweets, Harish Rawat states that the party is full of capable leaders in the state and that he was willing to walk behind any leader so declared as the captain.
Please see page … 4