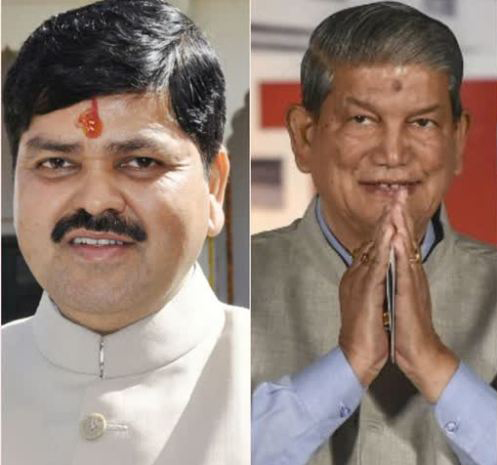 DEHRADUN, 6 Dec: Veteran Congress leader Harish Rawat and PCC President Ganesh Godiyal have announced that against the decision of the Dhami Government to hold the winter session in Dehradun itself, Congress legislators would sit on dharna inside the House on 9 and 10 December during the session. They would protest the decision to hold the session in Gairsain. At the same time, Harish Rawat announced that he along with PCC Chief Ganesh Godiyal would go to Gairsain and sit on dharna outside the Vidhan Sabha Building there on 9 and 10 December. They alleged that Dhami Government was scared of cold weather and for this had shied away from holding the Assembly session in Gairsain and decided to have the winter session in Dehradun itself.

Garhwal Post has established itself as a credible, balanced and forward looking newspaper in India. Based in Uttarakhand, the daily is read by the aware, socially and culturally responsible, high-income elite of society.
Contact us: info@garhwalpost.in
myspace dating site