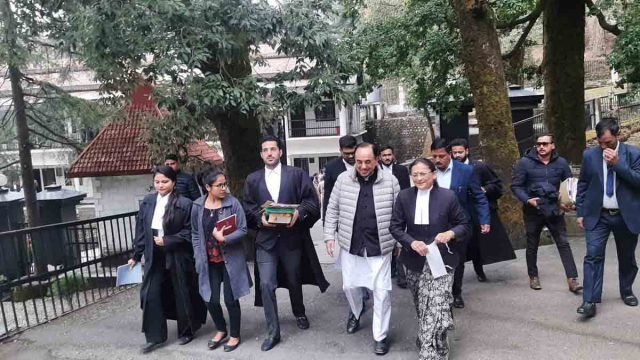 DEHRADUN, 25 Feb: The Uttarakhand High Court in Nainital has issued a notice to the state government on a petition filed by BJP MP Dr Subramanian Swamy challenging the takeover of Char Dham temples. The government has to reply to the petition and the application for stay on the government’s decision that was moved by Swamy today. The government was given 21 days’ time to respond to the notice by the Court. It may be recalled that Swamy had filed a PIL challenging the setting up of Devasthanam Board by Uttarakhand for taking over the control of the Char Dham and 51 other related Hindu shrines, recently. The matter was today heard in Court number 4 by a bench headed by Chief Justice Ramesh Ranganathan and also comprising Justice RC Khulbe. After the PIL was admitted, notices were issued to the state government seeking its response within 21 days to the charges levelled by Swamy, who had claimed that it was an unconstitutional move of the state government and it violated the fundamental rights guaranteed to all citizens and denominations including Hindu Citizens under Articles 25, 26 and 29(1) of the Constitution of India. As per the PIL, these provisions also violated Articles 13 and 14. The PIL has further alleged that the Devasthanam Act is also violative of the dicta pronounced in the judgments of the Supreme Court. He requested the court to declare the Uttarakhand Char Dham Devasthanam Management Act, 2019 ‘unconstitutional’ which was passed in the legislative assembly in December 2019. Even as the PIL was being filed, yesterday, against the government move, Garhwal Commissioner Ravinath Raman was appointed first CEO of the Devasthanam Board.

Garhwal Post has established itself as a credible, balanced and forward looking newspaper in India. Based in Uttarakhand, the daily is read by the aware, socially and culturally responsible, high-income elite of society.
Contact us: info@garhwalpost.in
calgary hookup