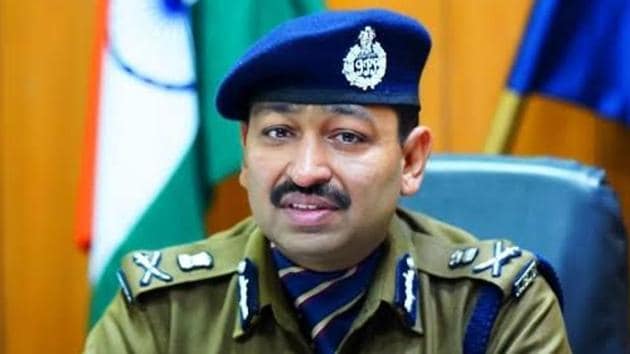 By Arun Pratap Singh
Dehradun, 10 May: The heavy rush of pilgrims to Kedarnath has not only derailed the arrangements made along the route but has also exposed the lack of preparation on the part of the administration in managing the Char Dham Yatra which began just days ago.
Director General of Police (DGP) Ashok Kumar has again issued a statement that it is mandatory for the pilgrims to pre-register themselves before embarking on the pilgrimage. Kumar said that only those people would be permitted to travel to Char Dham shrines that have completed the formalities regarding registration, etc. Others would be sent back, he said, in view of the increased traffic, particularly to Kedarnath.
It may be recalled that, expecting a very heavy influx of pilgrims this year for the Char Dham Yatra , the government had fixed the number of pilgrims per day for all the four Dhams. However, despite this, the arrangements appear to have derailed already, particularly due to arrival of more than the prescribed number of pilgrims at Kedarnath Dham. Even the arrangements to manage the Yatra appear to be inadequate.
Today is the 5th day of the Kedarnath Yatra and around 95 thousand pilgrims are reported to have visited Kedarnath. The ever-increasing number of passengers has posed many challenges before the administration as well. The number of travellers coming to offer prayers at Kedarnath is increasing continuously. Two years of restricted Yatra in view of the Covid pandemic are also leading to a heavy rush of pilgrims this year. It is after a gap of two years that the Yatra has been permitted in full scale. Compared to 2019, the number of passengers coming here has increased three-fold. In such a situation, although the administration has now started making arrangements for additional toilets and drinking water, along with living and eating facilities in Kedarnath, this is hardly adequate. In 2019, Kedarnath had witnessed more than 10 lakh pilgrims in a 6-month Yatra season, which is a record that will in all likelihood be broken this year.
It may be recalled that there are arrangements for the boarding and lodging of only 7 to 8 thousand pilgrims at Kedarnath Dham, but the actual number of pilgrims reaching there is more than 20 thousand per day at the moment. The bad weather is also adding to the woes. Many pilgrims who had reached either by chopper or on foot could not return due to sudden rain and bad weather. The trek to Kedarnath is currently seen fully packed with pilgrims and unless the arrangements improve and the number of pilgrims restricted to the fixed numbers, the situation will continue to worsen. The situation at other Dhams, namely, Badrinath, Gangotri and Yamunotri is slightly better and still manageable.

Garhwal Post has established itself as a credible, balanced and forward looking newspaper in India. Based in Uttarakhand, the daily is read by the aware, socially and culturally responsible, high-income elite of society.
Contact us: info@garhwalpost.in
legitimate senior dating sites canada's dating coach