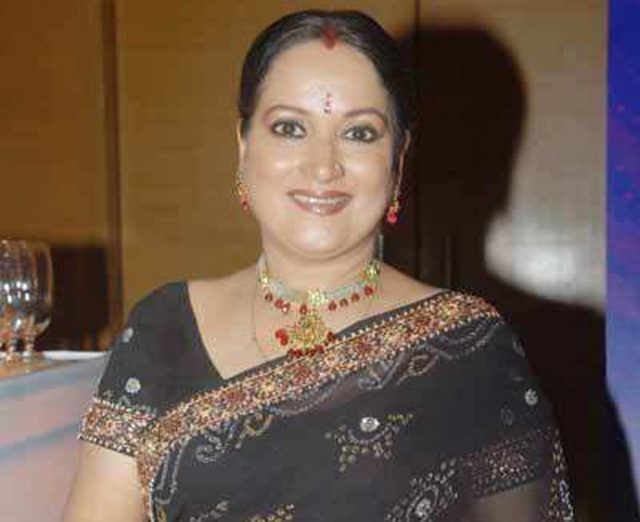 By OUR STAFF REPORTER
DEHRADUN, 21 Aug: Famous Bollywood actress, Himani Shivpuri, who has paired off heroes and heroines in Hindi films as the ubiquitous aunt, will now help find good matches for Uttarakhand’’s families.
Bollywood celebrity Himani Shivpuri is going to mix sweetness in Uttarakhand’s relationships by joining the popular matrimonial website, Mangal.com. Himani has been appointed the brand ambassador of Mangal.com, Vijay Bhatt, MD, Mangal.com, has revealed. 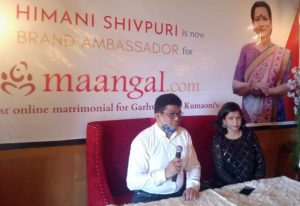 Addressing a press conference held at a banquet hall near Patharibagh Chowk, Vijay Bhatt said that Himani Shivpuri had made him proud by joining Mangal.com. She was, however, not able to come to Uttarakhand due to the Corona pandemic. This is the reason why she had conveyed her message to the people of Uttarakhand via a video message.
In the video, Himani said that because of Mangal.com, she had got the chance to connect with the mountains, once again. She said that all the people of Uttarakhand, in the country and abroad, would be connected through the site.
Mangal.com Director Swati Bhatt said that Mangal has won the trust of the people in its 10 years of existence. This was the reason why so many families of Uttarakhand had joined. Those looking for life partners for their offspring on the site had become a part of the Mangal family. Those who had found grooms and brides on the site would also vouch for Mangal.com in the days to come.