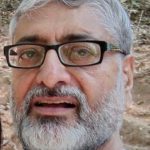 Recently, there has been a paradigm shift in the strategy of the ruling party, BJP, in the state of Uttarakhand, drawing attention nationwide, by changing its ‘non-performing’ CM who served for four years. The state legislators of BJP were unhappy with his functioning, believing him prejudiced and controversial. This explains how, the decisions taken by the high command of national parties, instead of the state legislators, are sometimes bad for the state and party. Will this delayed action of the high command heal the anguish of the people and party? This will be seen in the coming days.

The state of Uttarakhand has very different geopolitically and socio-cultural characteristics from other states or the erstwhile state of UP, from which it was bifurcated by the BJP on realisation of the specific needs of the state, in November 2000.

Nothing bright happened to the state, which was truly a small beautiful region up to 1995, without congestion in district headquarters, with small towns with footpath and space for senior citizens to walk, smaller populations. The need for natural resources was also less in those days. Most of people, including the petty politicians were working happily in the big state of UP and there was a strong money order economy in the hills those days. The needs of the people, however, were not being fulfilled as per the expectations, especially for transport, good roads, livelihood, land reforms, minor irrigation, livestock development, schools, quality health services and good governance, which actually triggered the creation of a separate state and movement for the same.

Now, after more than 20 years of the state’s creation, people have realised that the situation has become worse. A common man finds himself lost in the state capital, Dehradun, which is located in one corner of state at the Himachal border – a more expensive town than Lucknow, the capital of the erstwhile state. One has to spend a lot of money to travel from far flung areas of the state to this place, arrange for board and lodging, to get their work done. The come from places like Uttarkashi, Chamoli, Pithoragarh, Bagheswar, Chamawat, the hill districts and their peripheral blocks. Realising this and with great hope in the Narendra Modi led BJP, a sweeping majority was given by the entire state to the BJP at the centre and state and the so called “double engine” Government came into existence.

The insecurity and lack of statesmanlike politicians in the state led to the BJP’s inclusion of 6 dissidents from the Congress party in the last assembly elections, who are much more experienced and smarter than the local BJP leaders. The only merit for becoming the CM of the state was being from the cadre of BJP, but eventually he had to step down.

It is evident that the central BJP decided to appoint a CM from the cadre, who may have been close to some leader at the centre. Making cadre as the qualification for the person appointed as CM and not a popular MLA of the state legislative party, has ruined the BJP, as the Government has failed miserably on every front. Be it roads and footpaths in the town, badly packed streets with huge encroachments everywhere, lack of proper segregation and waste management, unsafe drinking water, poor quality secondary and primary services of health, primary education, lack of transparent policies in transfer and appointments and many more issues needing to be sorted out and improved. This has been the reason for the former CM to hand over to his successor, who should have been given the responsibility 4 years earlier. But, nevertheless, the BJP has realised the importance of merit within its own rank and how important it is for these high assignments to continue ruling in the states and at the centre in this country.

In Uttarakhand, be it development, good transparent governance and economy building, working above the caste factor is very important as the state predominantly has only Thakurs and Brahmins as the major composition of the population. Working with a vision and transparent governance, especially while appointing people to positions in the CM’s house and government on merit and not on caste may be beneficial for the new CM.

There has been a surge in number of service matters in the High Court of Uttarakhand mainly due to inefficiency in the system. Neglect of employees and their genuine rights demoralises them. This creditability issue with the government may lead to long time inefficiency in the system in a state where a huge population works as Government employees and there is practically no private sector. Whatever there is, only needs nurturing.

The state leaders are busy in all other functions leaving the business of Government to old established bureaucrats, who can teach them on files very easily as they have witnessed most of them as Gram Pradhans or small entities in districts when they were collectors in the past. Privately they claim it happily!

It is expected by all the well-wishers of the state and BJP, also, that the new CM is able to control the damage, galvanise the machinery and get hard work from all in a transparent manner. He should also take feedback from civil society, press of repute, elite and impartial cadre of the Sangh and other impartial scholars for day to day advice as a source of neutral and competent opinions confidentially or officially and not depend fully on the bureaucrats.

(The author is a public policy and management
expert, who has travelled widely in the Himalayas
including Trans Himalayan area, an avid photographer and Himalayan habitat and geo-political expert)