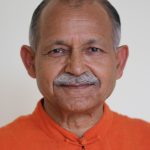 By Chandra Mohan Bhandari
I wish to congratulate Garhwal Post for its sustained growth over the past 25 years. I recall seeing it in its first year of publication and it is a great joy seeing it now being published as a Daily at par with many other national newspapers, including its e-edition.

As a person dedicated to natural holistic health, I am convinced that India as a civilisation needs to recognise Corona 19 Pandemic in a somewhat different perspective. The human body is not manmade – it is an amazing creation of Nature and the most evolved of the 8.4 million species on Earth. It cannot be killed by Corona virus as easily as has been the case over the past 18 months. This is because we have neglected Vedic Sciences that educate us about Human Holistic Existence. The present approach to overcoming Corona Pandemic at government and professional medical science levels is flawed. It is reactive and not proactive. There is no substantive work at activating the body’s preventive capabilities other than social distancing, hand washing and wearing masks. In my opinion, mask’s use over nostrils is forcing rebreathing of the exhaled air, which directly reduces oxygen levels. I feel suffocated wearing mask over nostrils for long.

There has to be a two way approach – (i) about finding assured ways of empowering people with better body immunity to resist Corona infection and (ii) stopping Corona infection at entry level in nostrils and throat before it ingresses to vital body organs. Yogic practices like Jalneti, gargling with lukewarm water with a pinch of salt in it and brisk breathing like Bhastrika and Kapalbhati are very effective in preventing infection and eliminating it if infection does make an inroad. Deep brisk breathing ensures high oxygen saturation levels in blood and higher abdominal fire intensity. Rather than dependence on Oxygen Concentrators and Ventilators, masses need to be educated about proper breathing techniques to increase fresh air volumes with every inhalation and exhalation. This keeps both lungs fully operational.

Peoples’ lifestyles have become so comfort oriented that breathing levels have fallen to less than one fourth capacity with the result that lower halves of lungs have become idle and ineffective, which results in reduced levels of oxygen in blood and impaired body immunity.

Body immunity is best empowered and enhanced by increasing normal time breathing levels, which requires activating lungs to full capacity. It can be easily ensured by becoming habitual of abdominal breathing. Corona infection cannot be stopped only by social distancing, wearing masks and repeated hand washing – this has to be supplemented by regular rinsing of nasal and throat passages 2-3 times a day or even more if living in crowded urban settlements. Virus remains trapped for several hours by the body’s autonomic filtering mechanisms in nasal and throat passages and few times daily rinsing washes out all such accumulated trappings, thus preventing infection. It has to be a must after returning home from exposure to crowded outdoors or infected areas that you change clothes and wash exposed parts of body like face, head, neck, hands and rinse nasal and throat passages before drinking water or interacting with family members. In fact, this used to be a normal activity until some decades ago for everyone returning home after day’s work. Therefore, a broader scientific outlook at natural ways of maintaining Human Holistic Health and Wellness as per Vedic Sciences is absolutely necessary to defeat the Corona Pandemic. Rather than panic mongering, there should be emphasis on empowering people to face it fearlessly through sound knowledge of keeping body immunity enhanced at all times besides following the advised Corona Protocol.

Yog and Ayurved Sciences are part of Vedic Knowledge that provides the best lifelong and all-inclusive Free Package of Holistic Health Insurance. Study and practice of both sciences by way of a daily lifestyle prevent dreaded diseases. The vast majority of people are ignorant about the following facts about human existence that impact heavily on their holistic health and wellness and are responsible for reduced body immunity:
1. That I am not the body but the owner of it. Body is my first and foremost companion, 24×7 hours at my service. Neither has existence without the other.
2. That on its own, body is dead matter, knows nothing and does nothing; it is totally dependent on the owner even for its health and maintenance. Therefore, I should never ever compromise in any way with maintenance and care of my body health. Set aside at least one hour daily exclusively for looking after body without fail.
3. That Ayurved is a complete science about body health and it educates us to have a healthy daily routine (Dincharya), as also accept seasonal variations (Ritucharya). Ensure that waking up, meals and sleep times are never compromised, save in extreme exceptions. Food, Water and Air are critical ingredients for body immunity and health. Faulty breathing and incorrect body postures set a vicious cycle in motion that progressively deteriorates body immunity and health and timely corrective measures are a must for prevention.
4. That Nature’s Laws are supreme. Our body is a gift of Nature, made of five basic elements. It is auto-driven, auto powered and autonomic in its functioning and its natural upkeep is best assured by living in harmony with Nature’s Laws as detailed in Yog and Ayurved sciences.
5. That because we are ignorant about above facts of our existence and are now driven by our own acquired illusory knowledge and artificial intelligence, we are freely contravening Nature’s Laws. Ayurved calls it “Pragyaa Aparaadh”, meaning criminal offence against Truth or Reality of Nature’s Laws of existence. Lifestyle Diseases are mostly caused by ‘Pragyaa Aparaadh’ and incurable by modern medicines. Vedic Sciences alone can provide the ultimate cure by eliminating Pragyaa Aparaadh.
6. That Yog is also a complete science that directly empowers and manages the ‘I’ – the body’s owner. Our physical identity, our face, is never directly seen by our own eyes and we only get to see it by looking at its reflected image in the mirror. How can then we recognise Soul, which does not have physical identity? But the moment Soul connects with Brain’s memory plane acting as the mirror, the reflected image ‘I’ is born. Soul’s pure Consciousness now gets enveloped by the individual’s material desires and creates Ego.
7. Daily contemplation and meditation practices followed in Vedic Traditions are tools for Ego management. Meditation helps bring balance in individual’s ‘Thought Process’ and makes him/her poised for judicious actions, enhances Ichhashakti, Atmabal or Willpower.
8. That Vedic Sciences are Universal in reach and are beyond racial, religious, gender or geographical considerations.

Knowledge and Practice of the above basic facts have to form part of daily Yogic discipline of every individual to ensure sound body immunity and health, mental peace and spiritual happiness in personal, professional and social lives.

Prepare for Death and Accept it with Grace
We had hosted a couple in their mid-sixties in October 2020 in our Devamber Dham (DD) at Kashipur. The husband had been diagnosed with advance stage cancer of lungs and had gone through 3 rounds of chemotherapy, which had shattered his physical health. They were known to me and came for rejuvenation. Health recovery within a week was so good that they spent 5 weeks with us going through Yog and Marma therapies. The entire joint family of 14 members also visited DD during this time and benefitted from week-long residential Yogshivir. On return, tests showed that Cancer had spread to brain also. He went through a gamma knife laser brain surgery and was advised further radiation therapy of the brain. When family learnt from doctors that death was imminent, they decided not to undergo any more hospital treatment and returned to DD in late December. He remained spirited until his last though his body health was deteriorating. He was conscious and cheerful exchanging smiles and greetings, ate normal food and persisted with his daily Yogic routine in DD. Marma Chikitsa was very effective in providing pain relief and maintaining some degree of physical movement. He returned home early February to be witness to a family wedding and then stayed on at home. His son told me that on his last day also, he had performed some breathing practice in the morning, taken some juice and was found lifeless at around 11 a.m. on 3 April, 2021. That he received so much Care and Love from his wife all along his stay at DD and departed peacefully at home in presence of all family members despite Covid 19 Pandemic, was the biggest solace for the family.

Diplomat turned Yog Guru after Superannuation at 60 years of age
Chandra Mohan Bhandari, a native of Ranikhet in Uttarakhand but born in Dehradun, a former Ambassador of India, an Honorary Professor of Opole Polytech University, Poland, and an International Yog Grand Master, has had a brilliant educational career. A Gold Medalist in B.Sc. from Kanpur University, he did his M.Sc. in Physics from I.I.T., Kanpur in 1970 and joined the Indian Foreign Service in 1974. Though widely travelled overseas during his diplomatic career of 35 years, he throughout his career held his personal life closely wedded to Vedic Sciences. He studied Vedic texts in his free time and put the applied sciences part of Karmakand to his own practice and personal experiences. Post retirement, he has been devoted full time to sustained practice of the many Yogic Kriyas and Marma Chikitsa, quantified the deep holistic health and wellness benefits besides spiritual realisations from Yog and Ayurved Sciences to serve the suffering people and creating employment opportunities in the Health and Wellness field in UK hill villages. This led him to establish the Institute of Vedic Sciences at his Devamber Dham Arogya Ashram in Kashipur in February 2020, which has been accorded recognition by AYUSH Ministry of GOI. Before that, he had established a smaller size Devamber Arogya Dham Ashram in June 2012 in his native village, Mawra, in Ranikhet Tehsil of Almora district in Uttarakhand. Yet another Yog and Ayurved Institute was opened at Sulislaw village in Opole district of Poland in C.M. Bhandari’s name on 29 June 2012, which brought him into the limelight in European Countries and he is currently one of the 4 Vice Presidents of European Confederation of Yoga Institutions, which has its H.Q. in Portugal. C.M. Bhandari has authored a 3-volume Yog Shakti book and designed five modules of 10 hours each for imparting practical knowledge and firsthand experiences about total Health and Wellness from Yog and Ayurved Sciences to the general public. His family Trust also runs the Devamber Gurukul Junior High School in Kashipur in the same Campus since July 2011 for students from poor sections of Society totally free but the education imparted is rated high in the area.

The Way to a Will – Ensuring Peace after Your Departure – I