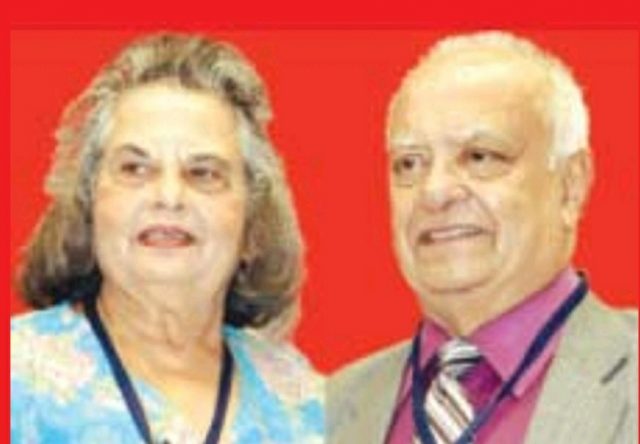 Mussoorie is rapidly deteriorating into a concrete excrescence in the Himalayas. Beautification (ghastly word) consists of floodlighting in a series of lurid colours which the Creator shunned for even the most exotic flowers. But where have all the flowers gone?

We thought that the beastly attitude of successive UK governments had put an end to gardens in our little town. Marauding hordes of rhesus and langurs systematically destroy our flowers, vegetables and fruit trees. Our Governor is, obviously, a plant lover. But then he has security guards to frighten away the predatory simians. Not everyone is entitled to such tax-payer financed protection. And it is strange that our neighbour, Himachal, has had no problem in classifying such creatures as vermin. And many people, particularly beleaguered farmers and orchardists have difficulty in accepting the religious scruples argument. They reason that the mouse is Lord Ganesh’s vehicle, yet traders have no qualms in destroying these little pests.

Having said that, we know a young woman who lives in a ground-floor apartment and has a formidable pot and hanging-basket garden of daisies, begonias, roses, hydrangeas and fuchsia. If we were on the Municipal Board we would give her an award for enhancing the beauty of Mussoorie and trying to stem the cancerous growth of the concrete eyesores inflicted on us.

Moreover, in our estate, an employee has used an old, fenced-in poultry run to grow dhania, arbi, palak, garlic, methi, ginger and beans. For many years we have had a thriving outdoor tub of mint. Mussoorie’s climate is ideal for a wide variety of plants which thrive in the Mediterranean Lands and in Gulf Streamed warmed England. We must, however, add that those who can afford to have a glassed-in greenhouse would be rewarded by growing orchids from Sikkim. Orchids are at the top of the plant evolutionary chain, or so orchid fanciers would have us believe. In marked contrast to delicate and beautiful orchids, are those hardy and often bizarre-looking desert dwellers: cacti. They hate standing in soggy soil. They thrive in benign neglect, the sort preferred by teen-agers, but keep it benign. You may not believe it, but plants are sensitive to the subtle changes in the body odour of humans and they react swiftly.

Among the hardiest plants we have grown is the exotic-looking Monstera. Its attractiveness lies in its large leaves. They are a deep, glossy, green and give the appearance of having been slashed by a vicious human. Long segments of every leaf are missing. This, we were told, is an evolutionary adaptation to protect it from the sharp winds that rage through its native tropical forests. But though we brought a small cutting of this plant from a garden in Cochin, it has thrived in Mussoorie and one even grows outside and has weathered many winter snowstorms.

While on the subject of indoor plants, do get a rooted sprig of the, so-called, Spider Plant. It is a green-and-white striped grass that propagates easily, and loves a south-facing verandah. Its main virtue is that it is an effective air-purifier. So, if you do not wish to invest in those expensive electrical devices preferred by our super-senior netas, get a spider plant, give it a home in a plastic jar in which restaurants pack take-away food, and leave it alone apart from giving it sunlight and water. It will grow and multiply, sending out new rooted plants at the end of thin, dangling, stems. Snip, plant and increase your air-purifiers effortlessly.

Sturdy plastic flower-pots are sold in Landour Bazaar. Make sure that the drainage holes at bottom of the pots are open. Spread a thumb-deep layer of fairly large pebbles at the bottom of the pot and fill the pot to a finger-digit from the top with your soil mixture. For most plants a mixture of one-third well-rotted cow-dung and two-thirds of finely strained leaf-mould found in all oak forests. Add a handful of sand for cacti and succulents. For orchids, if you can’t get tree-fern fibre, mix shredded coconut fibre with coarsely chopped bark and dry grass. Embed half of the roots of the orchid in the mixture, half out to breathe on the surface. Water all potted plants well after potting or annual October re-potting. Line the inner surface of hanging baskets with moss. The best moss can be lifted out in slabs from boulder surfaces on north-facing roads.

Garhwal Post has established itself as a credible, balanced and forward looking newspaper in India. Based in Uttarakhand, the daily is read by the aware, socially and culturally responsible, high-income elite of society.
Contact us: info@garhwalpost.in
https://garhwalpost.in/nice-place-for-date-night-near-me/