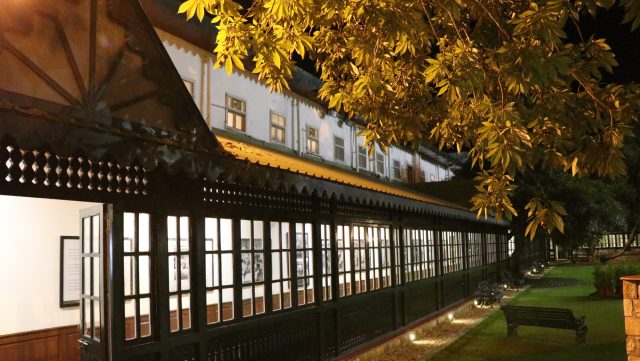 ‘Do a book on the homes of Mussoorie!’ This precious suggestion has been flung my way by many a well-meaning soul.

‘Someday, who knows?’ I mutter, with not the slightest intention of being drawn into a discussion.

This phase lasted till I met Mark Windsor, an old Woodstock boy, who has off-and-on, worked in his old school, where true to his New Zealand roots, weekends saw the Kiwi in him get restless, sending him on many a journey to our homes of hungry stones. A magnificent passion that has seen him return with pictures to patiently match on the nineteenth century maps of these hills. 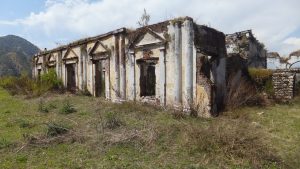 Setting out to the west, he found the remains of the brewery built by Henry Bohle, a Master Brewer, who  finding Meerut too warm to brew beer, headed to our cooler climes. Then trouble knocked: to find him  accused of supplying beer to soldiers with forged passes. No evidence was ever found, so I ascribe it to the natural loathing that has always existed between government officials and businessmen. Colonel Young charged for distilling spirits without a licence. Our first brewery floundered and to the hammer his estates went.

What hammer could have a hope in hell of fixing Kandi Lodge? This was where, in the 1960s, Sardar Mukund Singh and his son Pratap chased dreams of starting an orchard to grow stone-fruit including apricot, cherries, peach and plum in a hailstone belt. However, one night Pratap, imbibing one too many, jackknifed off the edge and by the time, legal niceties were sorted out, the property was a write off.

Written off is Ann Field the bottom of Mullingar Hill, the remains of the hill station’s second child, a twenty-three-acre property, with the three-barreled name of White Park Forest. This chummery of three bachelors Mr. White, Mr. Park and Mr. Forest was sold to the Seventh Day Adventists, who started Annfield School (later turned Vincent Hill) When the dust settled, Ashraf Khan, our Inspector of Municipal Tolls bought it.

‘What became of him?’ I asked the late Inder Prakash, owner of A. Prakash & Co, Sisters Bazaar.

‘As  a votary of partition, he had to be taken under escort of Gurkha troopers, bristling with arms to the Refugee Repatriation Centre in Clement Town in Dehradun. The house? Declared evacuee property, it was abandoned and crumbled in neglect.’

So did Rockville, a tumbledown house on the road to Tehri. It was here that the Christian Training School and Orphanage began on its lonesome flat, always weather beaten, with no running water, or electricity. Sheer fortitude saw Mrs. West and her two charges, both orphans: Peter and Mary Cables through the early days. Up until the day in a thunderstorm, lightning hit the charcoal stored in the basement, setting it on fire.  Phoenix-like it rose from the ashes as Wynberg School in Bala Hisar, an ‘Eton of the East.’

‘Is Haunted House really haunted?’ With a glint in their eyes the young couple asked me.

‘No! It’s not possessed!’ I assured them. ‘Occasionally, in a place starved for privacy, lovers go for a tryst.’ Bidding them goodbye, I saw them off, not knowing the eerie story that lay in wait to unfold in the silence of that night.

What they saw scared them out of a year’s growth. Dangling from the rafters at the end of a rope was a man. Screaming they bolted, straight to the police outpost, fear jumping out of their eyes. Speaking but largely gibberish, they squealed of having stumbled upon a crime scene. Relief came only when a nearby chowkidar confessed to the crime: ‘We squabbled over goats’ grazing, I hit him, he fell dead. In panic, I strung him up from the ceiling.’

‘Why do you wallow in nostalgia?’ I am asked, for it can never bring back a ruined home or give life to lost songs. But the past has served us well. Writing about homes that are no longer homes, in a town that is no longer the town I grew up in, I serve it in this way.