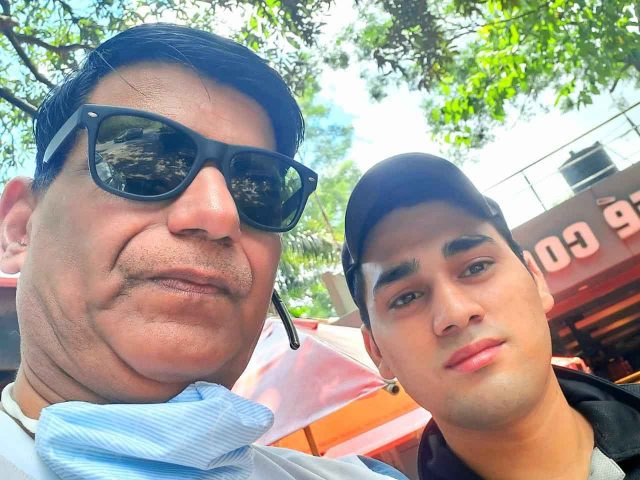 Dehradun, 23 Aug: This happened with me just now and I would be failing in my duty if I did not escalate this to the media which I am, very respectfully, doing.
I had today gone for a cup of coffee to the CCD, next to Vasant Vihar/FRI. After having coffee, in about half an hour, I got up and came out to get inside my car. As I was about to get in and drive off, there came running this boy, named Manoj, who is a waiter at the CCD. He was shouting .. Sir..Sir…Sir. I looked around and guess what? He was holding my wallet which must have fallen from my pocket and which had Rs 10,000 just withdrawn from an ATM and my debit and Air Force ID cards.
I was totally out of words to thank him and undoubtedly delighted beyond comprehension. Of course, I insisted on him to take a token amount as a gesture of my being indebted.
I also took a photo with him which I am sharing here.
Manoj, you have shown all of us that ‘Honesty is NOT DEAD’, and that it is very much alive and pristine pure while being effulgent.
God bless you!!