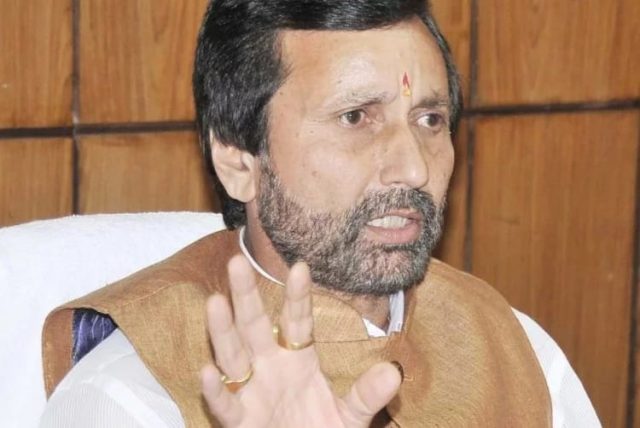 By Arun Pratap Singh
Dehradun/Roorkee, 8 Feb: At least 30 persons have died as a result of consuming hooch in village Ballupur near to Jhabreda (Roorkee Sub Division Block) of District Haridwar while many others are stated to be serious. Of the total number of casualties, 14 are from Uttarakhand while 16 are stated to be from nearby UP villages of district Saharanpur. Taking a serious note of the incident, Uttarakhand Government has suspended 13 excise officials and four Police officials posted in district Haridwar. Speaking to this correspondent, State Excise Minister Prakash Pant informed that of the total number of casualties, 14 were from Ballupur and Bindu villages near Jhabrera in district Haridwar. He expressed grief over the tragedy and claimed that the guilty would not be spared and added that a magisterial inquiry had been ordered into the incident. He further claimed that the government would launch a special drive against illicit liquor throughout the state.
According to SSP Haridwar Janmajai Prabhakar, the incident occurred during a Tehrvi day feast in village Ballupur where liquor was served to the guests. The illicit liquor turned out to be poisonous and as many as 30 persons died while many others took seriously ill and had to be admitted to nearby hospitals. Of the 30 who died as a result of consuming the hooch, 14 were from the two Haridwar villages while the remaining were from neighbouring Saharanpur district of Uttar Pradesh.
Additional Excise Commissioner Archana Geharwar, presumably acting under the higher orders suspended 13 officials of the district Excise department. At the same time, the District Police also suspended 4 Police Officials including the SHO Jhabrera, the Chowki In charge concerned and two beat constables of the Police. All those suspended have been attached to the respective Headquarters (Excise and the Police) in Dehradun.
Expressing grief and shock over the incident Chief Minister Trivendra Singh Rawat has directed Chief Secretary and the DGP Uttarakhand to take strict action against the guilty and conduct the magisterial inquiry at the earliest. The CM also directed the DG Health and the CMO Haridwar to ensure proper treatment and medical care to those hospitalised.
Meanwhile, taking the cognisance of the matter, UP Chief Minister Yogi Adityanath has also ordered a probe into the matter. He has instructed the state government to take stringent actions against excise officials and those who were responsible. Apart from this, he announced an ex-gratia of Rs 2 lakh each to the kin of the deceased and Rs 50,000 each to those undergoing treatment. According to sources, at least 4 persons from Uttarakhand were admitted to the district hospital in Haridwar by this afternoon!
Uttarakhand Governor Baby Rani Maurya too has expressed shock and grief over the incident.

Garhwal Post has established itself as a credible, balanced and forward looking newspaper in India. Based in Uttarakhand, the daily is read by the aware, socially and culturally responsible, high-income elite of society.
Contact us: info@garhwalpost.in
should i date again