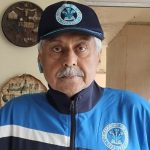 Much of our college curriculum (unless one is meritorious and lucky enough to have been selected by IITs and IIMs and a few of their equivalent institutes) does not prep freshers for interviews in the private sector, though there are plenty of guides for civil services and public sector jobs (notably PSB Probationary Officers). Very few private sector employers administer a written test, quite unlike the UPSC, which lends far too much credence to academic preparation rather than situational leadership or even common sense in managing a crisis.

The elimination rounds for private sector jobs are typically rapid-fire interviews that don’t even last five minutes. So how does one make a quick first impression to make that make-or-break interview linger that much longer for one to showcase his knowledge or skills? Let’s get to the basics first. It’s a no brainer that you would have to dress “up” for the occasion and not “down”. A sober coloured tie under a navy-blue blazer never fails to impress as does a starched white shirt buttoned down with cuff links. Dark shirts are clearly a put off for most interviewers as are white socks that spring out of unpolished shoes. All this may sound too old fashioned but when looking for your first job, you would rather be safe than sorry. Don’t get swayed by fables of some high-tech companies’ weird attire codes where everything (even ripped jeans and Bermudas) is par for the course. Those privileges are only for a handful. Till you join that rarefied club, don’t push your luck too far.

As soon as you enter the interview or board room, make eye contact with all the interviewers while wishing them. Don’t ignore anyone. If you do, it will be at your own peril as the affected person might flummox you with an unreasonable query that will make you feel awkward or nix your candidature from behind the scenes without even engaging with you when the panel deliberates on who qualifies for the next round and who does not. I have been part of panels where a silent observer among interviewers has turned out to be the most virulent critic of candidates during the evaluation discussions. Often, these silent ones are planted to continually assess the body language and facial reactions of candidates.

Unless it’s a very technical role, companies are always seeking to sift out youngsters who display learnability and those who are fundamentally comfortable with people, particularly strangers. Loners can often write fantastic code but may not be primed to lead teams. If you are targeting a managerial role, display your breadth of knowledge as much as depth. The top three global, national and local headlines of the day should be at your finger tips ahead of the interview. If any of these headlines are not within your comfort zone, check with a family member or friend about the background of the news. Google is always there to guide you as well if you know what to search.

Street smartness is another trait that growing companies (primarily start-ups) are after. Your college education may not have served this trait in large dollops. After all, neither the late Dhirubhai Ambani nor Gautam Adani go to a college. But they still created the kind of wealth that even Ivy League MBAs could not possibly imagine.

The trick is to showcase all your attributes in those five minutes, maybe seven, if you make a solid first impression. So keep things simple. Don’t over exaggerate. That could take you down a very slippery slope from where there is no return. Play to your strengths and steer clear of your weaknesses. Ravi Shastri won the Player of the Series in the Cricket World Series in 1985 (that India won) without the ability to unleash the late or square cuts that are a dire necessity on the bouncy Australian pitches. You can do it too.

(Chiranjit Banerjee is a veteran banker and more latterly an executive search specialist who has supported several MNCs in their leadership search programmes for India).