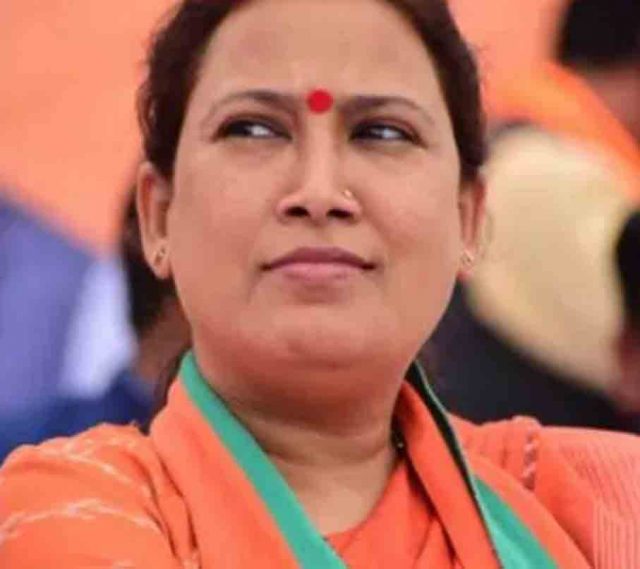 By Arun Pratap Singh
Dehradun, 26 Sep: While the dispute between Minister Rekha Arya and Additional Secretary V Shanmugam, continues, inquiry into the controversy has already begun. On one end, the Dehradun Police has found no substance in the charges levelled by Women Empowerment Minister Rekha Arya regarding possibility of his kidnapping, and the Police has informed the minister that the officer, who was stated to be missing by the minister was actually in home quarantine, question is when the inquiry by Additional Chief Secretary Manisha Panwar will happen. The bigger question is however what will these inquiries lead to? According to sources, it is most likely that V Shanmugam might step down as the director of the department and leave the charge as Additional Secretary of the department of Women Empowerment  of which Rekha Arya is the minister in charge.
According to sources, Shanmugam has already spoken to Chief Secretary Om Prakash in this regard and given the tradition, Shanmugam will most likely be transferred from the department. 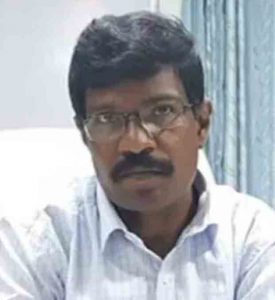 While it is overtly a dispute between a minister and the director of his department, but in reality, it has become a big political issue in Uttarakhand that has taken wide dimensions beyond these two persons concerned. To begin with the senior-most minister Satpal Maharaj after the CM in the Trivendra Singh Rawat government, has openly supported Arya and has further demanded that ACRs of secretary-level bureaucrats be written by ministers in “order to keep them on leash”. Several BJP leaders have supported this  demand thus creating some kind of embarrassment for the Chief Minister. It is noteworthy that this demand has also been supported by BJP state president Bansidhar Bhagat. The overt reason behind this demand is the general perception that the bureaucrats do not listen to ministers or MLAs and take their own decisions in respect of most things. To some extent this assumption is  logical though it is a matter of a separate discussion but the fact is that there is another aspect to the whole issue. On one hand bureaucrats do not listen to their ministers many times also because of some unjust demands made by some ministers of their secretaries. On the other it is also a fact that some bureaucrats have got used to disregarding the orders or directions of the ministers due to their belief that they are directly in touch with the CM. Sources say that some bureaucrats assume that they have a direct backing of the chief minister and therefore they are in a position to ignore the ministers’ orders or advice. There have been some recent controversies that have strengthened such a perception.  For example, some bureaucrats have been absent from meetings of senior ministers at times without notice. Despite the resentment of the ministers, nothing was done by the government towards changing this situation and attitude of some such bureaucrats has remained the same as before and as a result one saw that the ministers after looking helpless in this regard finally gave up taking on the bureaucrats. One meeting chaired recently by Cabinet Minister Madan Kaushik was given a miss by several senior bureaucrats. Kaushik left the meeting expressing his displeasure but by the next day, Kaushik appeared to  have mellowed down considerably to the extent of even defending the bureaucrats who were absent at his meeting. There have been some strange developments in case of the forest department too.  Even transfers of IFS officers were made by the Forest Department without the knowledge of departmental minister Harak Singh Rawat. Harak Singh who had quite naturally openly expressed his displeasure in this matter, but no action was taken against the erring officers by the government. In a meeting held in Rudrapur under the chairmanship of Kaushik, the then District Collector of Udhamsingh Nagar Neeraj Khairwal had openly stated to Kichcha MLA Rajesh Shukla that his memory had become weak. Such a mistake should not have gone without any action and when Shukla made this a big issue, then Khairwal was transferred and brought to the capital as Additional Secretary to CM in the Government, as if this was no issue at all. According to special sources, some  bureaucrats are still lobbying against topmost officials.
Now coming back to the current dispute between Minister Rekha Arya and Director V Shanmugam, two facts should not be overlooked. One, it is a fact that so far Rekha Arya has had problems and issues with several bureaucrats. Rekha Arya has had open differences with several senior IAS officers from top to the lower level including with Additional Chief Secretary Radha Raturi, Additional Secretary Soumya and then DM of Almora to Savin Bansal. According to these sources, the CM is unhappy with Rekha Arya for her letter to the Police regarding “missing” officer V Shanmugam, though he has ordered an inquiry into the dispute which will be headed by Additional Chief Secretary Manisha Panwar. Arya has however expressed apprehension over the outcome of the inquiry and has gone ahead in questioning the inquiry by claiming that charges against an IAS officer ought not to be inquired into by another IAS officer as this might not turn out to be a fair inquiry.  Therefore, whatever the possible outcome of the investigation, the controversy will remain. Some political sources claim that the minister’s husband directly calls the officers several times and even issues directions to them and therefore the officers are naturally irked by this. On the other hand, there is also a percepton that even though Rekha Arya should not have written the letter, the director of her department should have been responsibly informed the minister or her staff that he was in home quarantine. In a home quarantine too, the minister’s phone should have been picked up by someone at his home and his office and she should have been informed of his situation. Shanmugam may be in home quarantine, but this does not mean that his phone should be switched off or that phone calls from the minister should have remained unanswered.
It remains to be seen how this dispute ends, but sources believe that the government might like to “resolve” the dispute as soon as possible, by accepting Shanmugam’s appeal to leave the department failing which it can become a big political issue and can cause further embarrassment to the government. Some Congress leaders have already started criticising the government over the controversy.