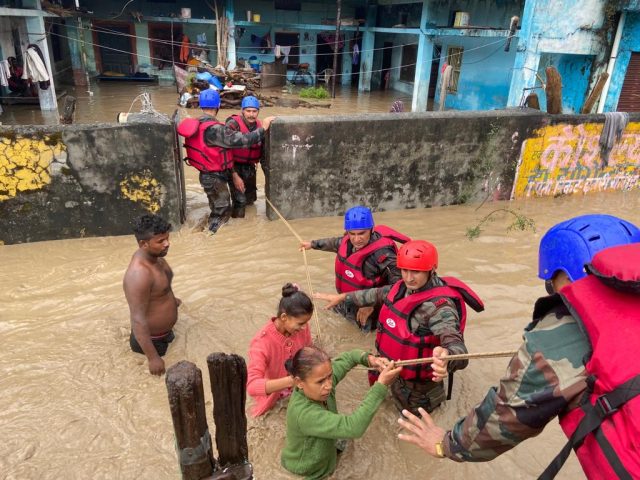 Dehradun, 19 Oct: Uttarakhand is facing heavy rainfall since 18 October, which has led to increase in the water levels of the Kali River. The river has flooded at many places resulting in disruption of normal life.
This created an emergency situation in Tanakpur area on 19 October. 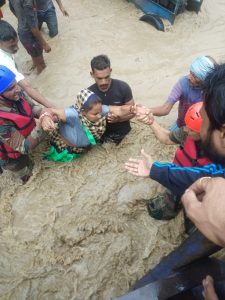 True to its rich traditions of assisting the people of Uttarakhand, the Indian Army mobilised two Flood Relief Columns from 8 Jammu and Kashmir Light Infantry of Panchshul Brigade under the aegis of Headquarters Uttarakhand Sub Area and Uttar Bharat Area at 8:30 a.m. and initiated Rescue Operations in Sharda Ghat Village and Ambedkar Nagar Village at the verbal request of the Civil Administration.
The four hour long Rescue Operations commenced at 10:30 a.m., during which a total of 283 villagers were rescued, which included 89 males, 139 females and 55 children. The rescue operations were halted at 2:30 p.m. after successfully evacuating all the stranded citizens.
Additional Rescue Columns of 8 Jammu and Kashmir Light Infantry have been kept on standby at Banbasa Military Station to meet any unforeseen contingency and for further assistance to the Civil Administration.
Smooth and seamless coordination with the State Administration is being carried out, the Army claims.