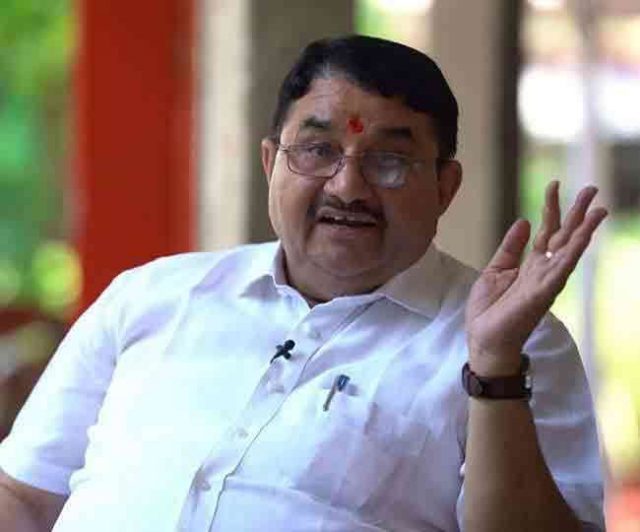 DEHRADUN, 22 Jan: Raipur MLA and BJP candidate from Raipur, Umesh Sharma Kau, today claimed that he tried his level best to dissuade Harak Singh Rawat from taking a wrong step, but destiny had other plans. In the BJP State Headquarters to collect the party symbol to file his nomination, Kau was speaking informally to the media persons present there. In response to another question, Kau said that in case Harak Singh was mulling to contest from Raipur as Congress candidate, he was welcome to do and it would then be an interesting battle between the two “brothers”. Kau said that he did not wish to speak ill about Harak Singh and now that he was in a different party and had joined hands with a different ideology, all that he (Kau) could do was to wish him best for his future endeavours. Admitting that they had travelled together to Delhi on the fateful day when Harak Singh Rawat had been expelled from the party, Kau said that as soon as they reached Delhi, Harak Singh told him that he was going to his house in Delhi whereas he headed for Uttarakhand Sadan. However, when he reached the Sadan, late at night he saw on the television that Harak Singh had been expelled by the BJP and the rest was history. Kau said that there was no question of his switching over to Congress or any other party as he was a loyal BJP worker. Kau further claimed that for past three months, Harak Singh had been wavering a bit and whenever any major issue developed, he (Kau) tried to help Harak out. Several times, he had helped Harak Singh tide over trouble. However, destiny had other plans now and Harak Singh had finally departed to take a different route.

Garhwal Post has established itself as a credible, balanced and forward looking newspaper in India. Based in Uttarakhand, the daily is read by the aware, socially and culturally responsible, high-income elite of society.
Contact us: info@garhwalpost.in
https://garhwalpost.in/appropriate-age-gap-in-relationships/