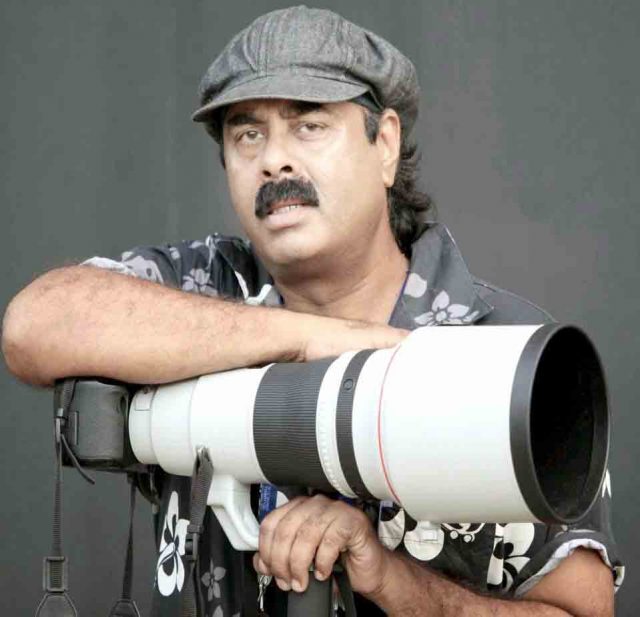 Internationally acclaimed photographer Kamal Sharma, perhaps the only Asian photographer to have been present on 11 September, 2001 at the site of the infamous terror attack. It was in fact destiny that he could be present on the occasion and shoot the pictures even as the twin towers came down before his eyes. He is now scheduled to hold an exhibition of his photographs clicked on that occasion on the 20th anniversary of the terror attack that not only shook the entire world but also changed the world, forever! The week long exhibition will be held at Graphic Era Hill University beginning on 10 September and it has been partially sponsored by Graphic Era President Kamal Ghanshala. Sharma also plans to bring out a book edition of his photographs on this infamous incident!

It may be pertinent to remind here that Sharma is particularly known for his photographs of cricket matches covered by him across the world as well as for portraits of most leading cricketers of the world for the past two and half decades. Having been a cricketer, himself, he has a special passion for sports photography and has covered all major sports in the course of his career as a sports photojournalist. He has also been official photographer of many cricket tournaments, the European Tour of Golf at Dubai and many other sporting events. He spoke to Garhwal Post about his journey as a photographer and how he happened to be present in New York when the terror strike on Twin Towers happened on 11 September, 2001. Some excerpts:

Speaking about his journey towards becoming a sports photographer, Sharma says, “I come from a small town, Firozepur in Punjab, where I was expected to become a bank employee or insurance company officer by my family. I was very fond of cricket and I played for my college. Some of my colleagues in the college who played with me have gone on to become first class players in cricket. I competed in some recruitment examinations but for some reason my name did not appear in the first list of the successful candidates. I then left for Delhi where, for two months, I slept at the Railway Station there and did some sundry jobs to keep myself running. I ate at Gurdwaras and other charity food pandals to survive. I kept changing odd jobs that I did and they included selling garments and accessories like leather belts, etc. I came to Mussoorie during one such trip in the early nineties when I purchased a Russian SLR camera branded Zenit. That was my first camera. I started covering some lower level cricket matches and then, sometime around 1996, I happened to be present at a Ranji Trophy match where I clicked some pictures.

I was fortunately accommodated and accepted by the Ranji Trophy players. I clicked some pictures of cricket star Ajay Jadeja who was happy with the pictures and gave me an order to supply him 500 copies of his portrait which he wanted to give away to his fans. With Kapil Dev That was the beginning of my career as a sports and profile photographer.”

With this beginning, Kamal Sharma started to find work, fame and friends with his endearing nature. Gradually, he reached out to magazines and newspapers, and soon realised he needed equipment to take better pictures. He invested in top quality equipment and found work to keep him busy the whole year.

Continuous assignments took Kamal across the world. Fortunately for him, he was in demand off the field, too, with the cricketers who were more than happy to order their portfolios with him in addition to the photographs he clicked on the ground.

In response to questions regarding his cricket photography achievements and his progress as a sports photojournalist, Sharma recalls, “I have covered 6 World Cup Cricket tournaments, 4 T-20 World Cups, 5 Champions’ trophies, numerous test matches and other tournaments. Besides this, I have also been official photographer of several tournaments. I have also been official photographer for the European Golf Tour of Dubai for several years. I have also covered the US Open and clicked photographs of leading tennis players of their time including Pete Sampras, Patrick Rafter, Martina Navratilova, Leander Paes, Vijay Amritraj and Mahesh Bhupati, etc.

One states, “Always seen great photographs taken by you. Keep up the good work.” – Sachin Tendulkar.

Speaking about how he happened to be in New York on 11 September, 2001, and clicked the photos that went on to assume historic status, Sharma recalls, “I had gone to US to cover a six nation Double Wicket Cricket Tournament in 2001. The tour was sponsored and my family also went along with me. Then the US Open Grand Slam Tennis tournament was also underway in New York.

Being a passionate sports journalist, it was too tempting an opportunity for me to have given it a miss. Hence, I was there at Flushing Meadows, clicking photographs of the matches as well as of tennis greats such as Pete Sampras, Patrick Rafter, Lewton Hewitt, Martina Navratilova, Martina Hingis, which was a big achievement for me. I was scheduled to return from the US on 14 September and the US Open was over by 9 September. Hence, on 10 September, along with the help of some Asian origin people I visited and clicked the photographs of the famous Manhattan Skyline, Empire State Building, World Trade Centre Twin Towers. You will be surprised to know that I was clicking photos of the Twin Towers from across the Hudson Brooklyn Bridge at 11 p.m. on 10 September, hours before the terror attack. Probably the photos clicked by me were the last photos of the Twin Towers clicked by a professional photographer before they disappeared from the face of the earth due to the terror attack. Of course, I could not have been aware of the fact that these photos would be the last sign of the Twin Towers.

On 11 September, I was sleeping when I was told of an accident involving crashing of an aeroplane on the Twin Towers. I wasn’t aware then that it was a terror attack. However, I made it to the site to cover this accident along with my cousin who lived there, when we came to know of the second plane, too, crashing into the Twin Towers and it became known that it was a terror attack. We reached the site, and attempted to reach as near as possible to it. We saw thousands coming out on most roads walking away from the site. I was pleasantly surprised by the sense of discipline they displayed even in the moment of crisis and fear even as they were walking away. The Police had cordoned off the area but even the policemen were highly disciplined. I was able to capture photos of the second tower crumbling down and the rubble that went up in the skies with the crash of the building!”

Sharma informed Garhwal Post that he intended to bring a coffee table book edition of the pictures related to the terror attack. “The world was never the same again!” Sharma added, “This photobased book of mine will compare the picturesque atmosphere of the world’s most beautiful city, New York, the picturesque atmosphere of New York before September 11 and the horror of New York after the terror attack. This will be my attempt to understand and tell to the world how terrorists are destroying this beautiful world created by God. This book will give a message of peace and educate children against terror and explain how peace makes the world beautiful and how terror is so gruesome, terrifying and scary. I want to show and tell the world what I saw and felt. I will be 60 years old on 12th September. There has been a lot of struggle in life but the spirit never broke.”