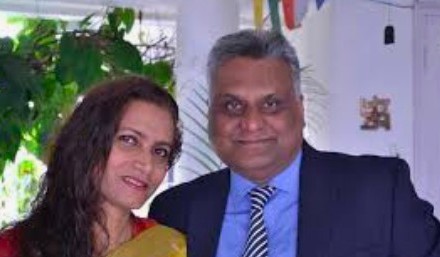 DEHRADUN, 15 May: Secretary, Irrigation, Dr Bhupinder Kaur Aulakh has taken voluntary retirement from the Indian Administrative Service and is set to join the World Health Organisation (WHO).
She had worked with the WHO earlier, too, but at that time on deputation. This time, however, she was not granted NOC by the government, probably due to the fact that rules did not permit grant of NOC for yet another foreign posting. The approval for VRS was today granted by Governor Baby Rani Maurya. Following this, Additional Chief Secretary, Personnel, Radha Raturi has issued a notification intimating to all concerned about the VRS taken by Aulakh.
Aulakh is a 1997 batch IAS officer and is senior batch mate of IAS Officers RK Sudhanshu and L Fanai. Her spouse, Ajay Anshuman, is also an Uttarakhand Cadre officer. He is in the IPS and is currently posted as IGP at the State Police Headquarters.
Incidentally, Dr Aulakh is among the youngest officers from the state to have sought VRS. She was considered to be an upright officer who could take a stand on certain issues in public interest. She is the third IAS officer from Uttarakhand to have taken voluntary retirement in recent years. Another IAS officer, Dr Rakesh Kumar, had also recently taken voluntary retirement from service also to serve with an international organisation. Dr Uma Kant Panwar was yet another officer to have taken voluntary retirement though there are claims that he was asked to seek voluntary retirement for certain reasons. Dr Panwar, who once held charge as Secretary, Health, is now back in an advisory post with the Health Department, which appears to be rather strange to many!