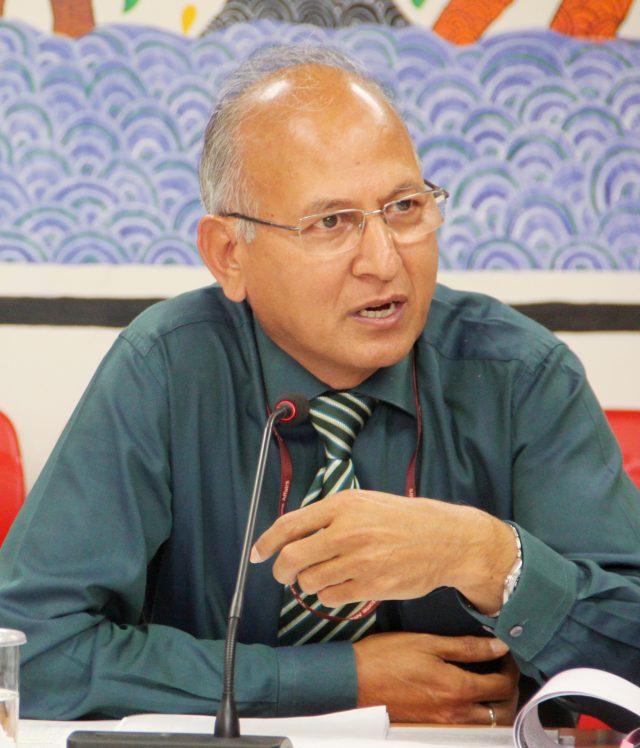 By OUR STAFF REPORTER
Dehradun, 10 Apr: International Centre for Integrated Mountain Development (ICIMOD) in Nepal and Indian Council of Forestry Research and Education (ICFRE), Dehradun, had signed an agreement on REDD+ Himalaya: Developing and using experience in implementing REDD+ in the Himalayas during 2015. This project was completed recently. David Molden, Director General, ICIMOD, has congratulated Dr Suresh Gairola, Director General, ICFRE, for the partnership between ICIMOD and ICFRE in successfully implementing REDD+ Himalaya. He acknowledged the high level of ICFRE commitment towards addressing a global challenge. As addressing deforestation and forest degradation requires a concerted effort across the region, ICIMOD looks forward for such partnership with ICFRE to make a significant improvement in the forestry sector of the Hindu Kush Himalayan (HKH) region.
Through this partnership, ICFRE was able to make remarkable contribution in the development of the REDD+ instrument not just in India but also at a regional level. ICFRE played a lead role in assisting the Government of India in the preparation process of The National REDD+ Strategy. This strategy reflects Government of India’s commitment to implementing REDD+ by optimally exploring the mitigation potential of forestry sector in the country.
To implement the National REDD+ Strategy at State level, State REDD+ Actions Plans were prepared through the support of ICFRE for the Forest Departments of Mizoram and Uttarakhand. ICFRE also played a key role in conducting training related to REDD+ across the Indian Himalaya States so that a wide range of stakeholders were capacitated on this global policy. There are now focal points for REDD+ in all the NE Indian States.
At the regional scale, through the South-South learning platform, ICFRE also co-hosted capacity building training for the forestry officials of Nepal, India, Bhutan and Myanmar. The training on Forest Reference level (FRL) between the HKH countries and Asia Pacific Countries was a milestone event that enabled the HKH countries to engage in FRL development process. ICFRE has also published an outstanding number of research publications based on the Indian experience; many of these documents are now referred as guidance to other countries.
Dr Suresh Gairola stated that National REDD+ Strategy for India has already been released. ‘Reducing emissions from deforestation and forest degradation, conservation of forest carbon stocks, sustainable management of forests, and enhancement of forest carbon stocks in developing countries’ (collectively known as REDD+) aims to achieve climate change mitigation by incentivising forest conservation. Paris agreement on climate change also recognises role of forests in climate change mitigation and calls upon country Parties to take action to implement and support REDD+.
Dr Gairola also stated that well-being of forests is essential for healthy environment, sustainable livelihoods of local communities, and also for conservation of biodiversity. REDD+ attracts highest attention in developing a country like India where local communities, forest dwelling tribal communities have high dependency on forests for their livelihoods. The strategy will support empowerment of youth cadres as Community Foresters to lead the charge at the local level.
Dr Suresh Gairola also acknowledged the efforts put in by the project team of Indian Council of Forestry Research and Education for coordinating and implementing the project successfully, which has been appreciated by international agencies.